Proteas contracts are up for grabs, says Smith, as focus turns to domestic game

“Because Australia are no longer coming in March, we’ve decided it is important to invest in our domestic competitions and we are making all the national players available." 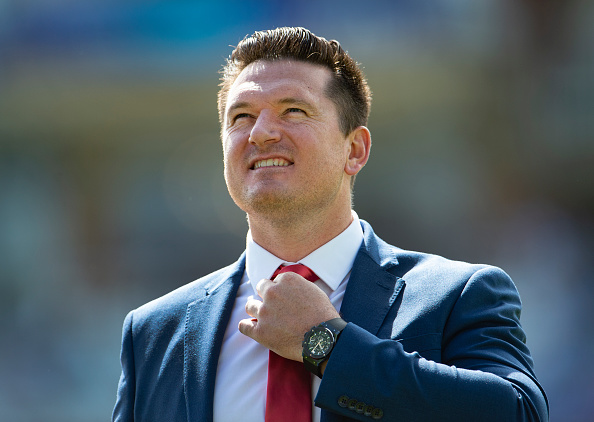 Director of cricket Graeme Smith says national players have a lot to strive for during the remainder of the domestic season. Picture: Getty Images

Because of the uncertain global stage at the moment, director of cricket Graeme Smith on Monday announced a new drive by Cricket South Africa to uplift the domestic game.

The T20 Challenge will start on Friday and is being played in a bio-bubble in Durban, with all the Proteas being obliged to play. National captain Quinton de Kock has been allowed to skip the competition, as he’s taking a “mental health” break.

The conclusion of the four-day competition will then happen in March and Smith is hopeful the national team players will also feature in that.

“Because Australia are no longer coming in March, we’ve decided it is important to invest in our domestic competitions and we are making all the national players available,” Smith said.

“Those guys coming from Pakistan will go straight into the bubble in Durban. We’re also trying to make sure the four-day competition will be televised and there will be national players involved too.

“South African cricket needs to come first and it is open season now in terms of national contracts. There have been some good performances by the Proteas, but there are a lot of places up for grabs and we want to see a lot of competition and people performing domestically. The goal is to see all our players stepping up because it is now contracting season. Everyone in the Proteas has been really positive and they want to play.”

The mental well-being of players will need to be carefully managed though especially as some of the Proteas were already showing signs of bubble fatigue in Pakistan.

“It is a challenging space being in these bubbles, but some of the Proteas have only played seven games the whole season so the workload issues are not there,” Smith pointed out.

“Being in Pakistan, with security around you all the time, may have caused some additional stress, but all the players were extremely happy with how they were looked after by the Pakistan Cricket Board.

“We are trying our best to manage the mental health of the players, there is a psychologist involved and SACA (the players’ union) are also helping. For the IPL the players will have to spend two months in a bubble.”