The former national captain and now director of cricket in South Africa has heaped praise on Du Plessis, who has decided to focus on T20 cricket. 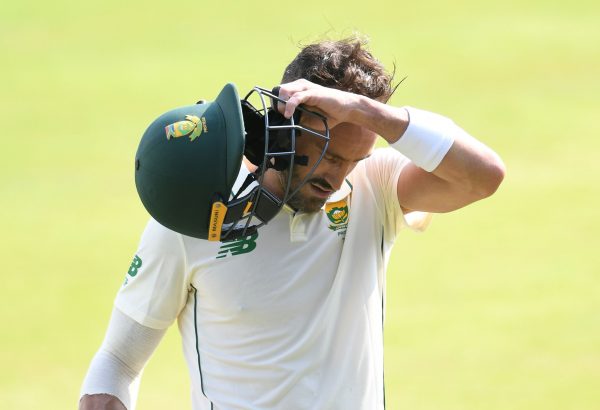 Faf du Plessis has reached the end of his innings as a Test player for South Africa. Picture: Getty Images

Du Plessis bows out after playing 69 Tests for his country and scoring 4,163 runs at an average of 40.02. His best Test score of 199 was achieved last December in the Centurion Test against Sri Lanka.

“Faf has been a prolific Test cricketer for the Proteas for a number of years now and to lose him in this format is going to leave another big gap in the team,” Smith commented.

“His commitment to the team has always been undoubtable and his transparency with Cricket South Africa about his plans has always been appreciated and we respect his decision, knowing he would not have come by it easily.

“I would like to thank Faf on behalf of CSA for his years of service and dedication to the Proteas’ Test team and we look forward to engaging further with him on how he can continue contributing to the team in a meaningful way,” Smith concluded.

Du Plessis, 36, said earlier Wednesday he wanted to focus his attention on the T20 game. “It’s been an honour to play for my country in all formats of the game, but the time has come for me to retire from Test cricket,” wrote Du Plessis.

“The next two years are ICC T20 World Cup years. Because of this, my focus is shifting to this format and I want to play as much of it as possible around the world so that I can be the best player I can possibly be.

“I strongly believe that I have a lot to offer the Proteas in this format. This does not mean that ODI cricket is no longer in the plans, I’m just making T20 cricket the priority in the short-term.”

Du Plessis said he would be in discussions with CSA about mapping out a plan for his role with the national team over the next few years.