“I have not really felt out of form, but in T20 cricket over the last six games, the situations have been tough." 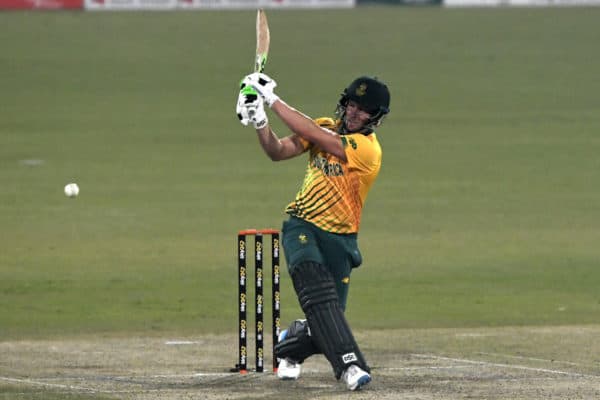 David Miller crushing the Irish bowlers like ants at the end of the innings was one of the last pieces of the Proteas puzzle to fall into place in the second T20 International and they will be looking to build on that and complete a 3-0 whitewash in the third and final game in Belfast on Saturday evening.

Miller smashed 75 not out off 44 balls, including hitting four sixes in the final over, to lift South Africa to 159/7, a total which proved well beyond Ireland on a tricky pitch in the second T20 game on Thursday.

Ironically, it was the failure of the top-order, the Proteas slumping to 58/5, that provided Miller with the opportunity for a lengthy stint at the crease, in which he posted his first half-century since his 85 not out against Pakistan in Lahore in February.

A better display by the top-order, with the Proteas still pondering their best combination there, will be one of the boxes they will want to tick on Saturday night.

But for Miller, there was just satisfaction that a run of minor contributions had come to an end.

“I have not really felt out of form, but in T20 cricket over the last six games, the situations have been tough. Which is why I try and stay away from worrying about form, I just try to make an impact,” Miller said.

“I want to be hard on myself and do well every game, but doing that in my role at No 6 is very difficult. Today (Thursday) I had a lot of time to bat and I’m very chuffed to have put the team in a winning situation.

“I have been a bit low in runs, but I’ve been coming in low down the order and haven’t had a proper opportunity to score big runs. So I’ve just been trying to have an impact, rather than thinking about trying to have an average of 50, it’s the strike-rate I look at. So I just trust my instincts, I try and stay in the right mindset, that never changes.”

The 32-year-old Miller also paid tribute to another top-class bowling display by the spinners and a vital contribution with the bat by Wiaan Mulder, with whom he shared a sixth-wicket stand of 58 off 43 balls.

“The spinners have been phenomenal, we are really blessed with Shamo, Bjorn and George Linde,” Miller said. “You can’t necessarily play all of them but it’s a good problem to have since the T20 World Cup is obviously the goal and we are building nicely.

“Wiaan also played exceptionally well, that was probably the match-winning partnership. His intent was great, he took the pressure off me and looked to take the bowlers down.”