Bavuma said his focus had been on driving the Proteas chariot and ensuring the team came first. 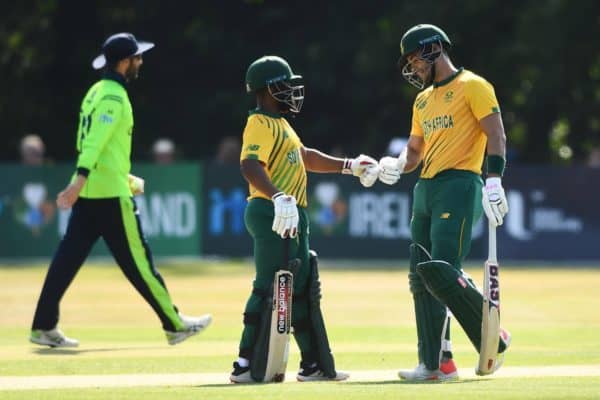 Proteas coach Mark Boucher praised Temba Bavuma as an exemplar of good leadership at the weekend, following the captain’s man-of-the-match performance in South Africa’s 49-run win in the final T20 against Ireland in Belfast that secured a 3-0 series sweep.

Bavuma set up the winning total of 189/2 with his polished 72 off 51 balls, and Boucher expressed his delight at his skipper being back in the runs.

Bavuma’s first half-century for the Proteas in 10 innings ticks another box for South Africa as they prepare for the T20 World Cup in October/November.

“I was very happy for Temba to get some runs at the end of the tour because he’s been putting in the hard work,” Boucher said.

“He’s a tough character and he takes it personally if he doesn’t score runs. Those runs have come at the perfect time now and he will definitely take that confidence forward to Sri Lanka. It was really just a matter of time before he made runs.

“It’s always nice when your captain can lead with confidence because he has runs under his belt.”

While Bavuma said he was aware of his shortage of runs, his focus had very much been on driving the Proteas chariot and ensuring the team came first.

“I have been a bit lean on runs, but I just put aside my personal ambitions and tried to execute for the team,” the skipper said.

“From a batting point of view, our approach was a bit different in this match and we really wanted to lay a foundation up front.

“We haven’t been good in the powerplay in the previous games, we’ve been too aggressive and lost too many wickets.”