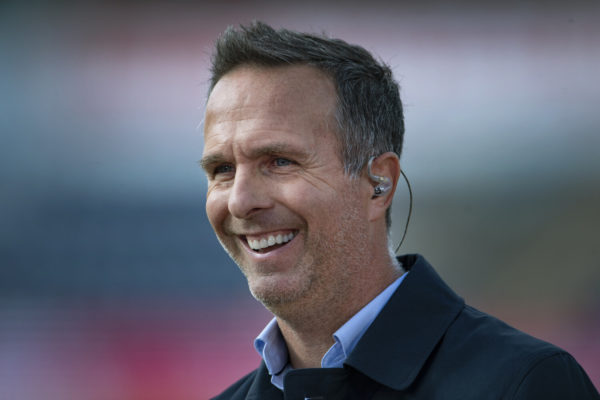 Yorkshire were suspended from staging international matches after the England and Wales Cricket Board strongly condemned their handling of a racism row involving Azeem Rafiq, with ex-England captain Michael Vaughan later denying allegations he had abused his one-time team-mate.

The 30-year-old Rafiq has accused Yorkshire of failing to deal adequately with his allegations of racism when he played for the English county.

In September, Yorkshire offered the Pakistan-born off-spinner “profound and unreserved apologies” in a report commissioned by the club.

But last week Yorkshire said they would take no disciplinary action against any staff, unleashing a wave of criticism and prompting sponsors, including Nike, to turn their backs on the club.

In an escalation, the ECB on Thursday called Yorkshire’s handling of the case “wholly unacceptable” and the matter “abhorrent”.

They stripped Headingley, Yorkshire’s headquarters in Leeds, of the right to stage a Test between England and New Zealand in June 2022, as well as a one-day international with South Africa in July.

“YCCC (Yorkshire County Cricket Club) are suspended from hosting international or major matches until it has clearly demonstrated that it can meet the standards expected of an international venue, ECB member and first-class county,” the ECB said.

Gary Ballance, who admitted using a racial slur against Rafiq during their time together at Yorkshire, would be “suspended indefinitely” from England selection pending an investigation, the ECB said.

It is four years since the Zimbabwe-born batter last played international cricket.

Rafiq tweeted that he would need “time to reflect” on the ECB’s intervention, having also alleged “institutional racism and abject failures by numerous leaders at Yorkshire”, as well as in the wider game.

“The sport I love and my club desperately need reform and cultural change,” he posted on Twitter.

There was further drama when Vaughan, writing in his Daily Telegraph column, said the report commissioned by Yorkshire states he told a group of Asian players — including Rafiq — before a match against Nottinghamshire in 2009: “Too many of you lot, we need to do something about it.”

“I completely and categorically deny that I ever said those words,” Vaughan wrote in the newspaper.

“I will fight to the end to prove I am not that person.”

“But right now, the implications for the wider game are far more serious than financial,” he added. “We will not stand for discrimination and racism has absolutely no part in our sport.”

The affair has drawn in British Prime Minister Boris Johnson, with his spokesman saying prior to Thursday’s statement by the ECB: “We urge the ECB to look at this carefully.”

Rafiq, Yorkshire’s chairman and the county’s chief executive and director of cricket have all been summoned to testify before a parliamentary committee on November 16.

Publishing company Emerald have ended their title sponsorship of Headingley and Nike said they would “no longer be the kit supplier for Yorkshire CCC”.

Rafiq, who represented Yorkshire in two spells between 2008 and 2018, made 43 allegations and said he had been driven to thoughts of suicide by his treatment at the club.

Yorkshire’s redacted report upheld seven of his claims but concluded the club was not institutionally racist.