Despite not reaching the last four, there was some high quality batting and good bowling by the South Africans. 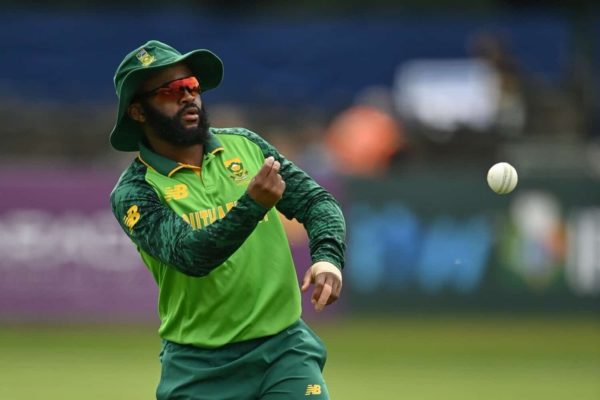 Temba Bavuma has shown he is the right man to lead the Proteas at T20 level, going into the 2022 World Cup in Australia. Picture: Sportsfile/Gallo Images

Temba Bavuma’s outstanding leadership – sensitive to the unity of the team but also decisive and intuitive – at the T20 World Cup has shown that he is the man to lead the Proteas in the next edition of the tournament which will be held in less than a year’s time in Australia.

To have such a strong, inspirational captain is a massive positive for South African cricket, and Bavuma also batted with trademark tenacity in tough conditions, averaging 30 for the tournament. He will want to work on his strike-rate of 108, but that was higher than Quinton de Kock’s!

The T20 World Cup in Australia should be a high-scoring affair and South Africa’s batting will need to become more attacking. Knowing Bavuma, whose overall strike-rate in T20s is 125, he will be working very hard on that aspect of his game in the interim.

But with the huge strides made by Aiden Markram and Rassie van der Dussen, plus the continued reliability of David Miller as a finisher, Bavuma is likely to need to move up the order and open the batting with Quinton de Kock, who remains South Africa’s most dangerous T20 batsman.

But the way Markram has transformed into a boundary-clearing finisher, as well as still being able to play the building and changing gears role like Van der Dussen has done so well, is another huge positive for the Proteas.

South Africa’s bowling attack continued to perform as an outstanding unit in the UAE. They have a variety of skills to cover a pretty catholic range of conditions.

Anrich Nortje, who tormented batsmen with both his sheer pace and great control, and Kagiso Rabada are a fearsome pair of fast bowlers, with Lungi Ngidi waiting in the wings.

South Africa’s spin-bowling strength, led by Tabraiz Shamsi and Keshav Maharaj, has been the defining force of their great run in T20 cricket – their win over No 1 side England means they have won 13 of their last 15 matches.

Dwaine Pretorius, who took nine wickets and conceded just 6.88 runs-per-over bowling mostly at the death, has shown he is a cool and wily cat, and Wiaan Mulder is waiting in the wings with a package of all-round skills that might just be better suited to Australian conditions.

In terms of depth, Bjorn Fortuin, Reeza Hendricks and Heinrich Klaasen were also part of the squad in the UAE and they have all shown the ability to shine at international level. Add George Linde and Andile Phehlukwayo to that list and it is clear there is quality back-up in most positions.

Of course coach Mark Boucher would love some more players to put in consistently dominant performances at domestic level to add to that depth.

But there are a whole lot of reasons to feel hopeful about the future of this Proteas team and fans should be licking their lips in anticipation of their further development.