The cancellation of the series is a huge blow to Pakistan, which has seen tours by New Zealand and England called off in recent months. 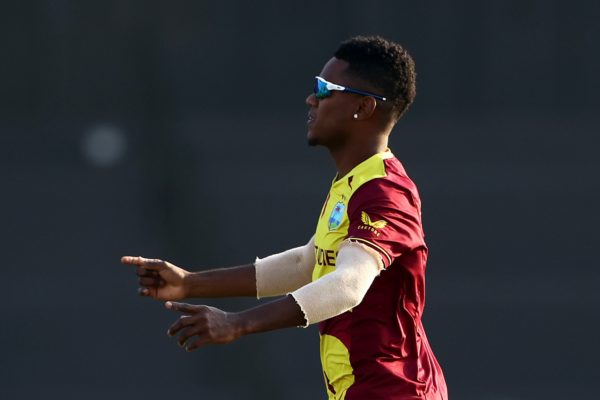 West Indies spin bowler Akeal Hosein is one of three players in the squad to have tested positive for Covid. Picture: Getty Images

A one-day international series between hosts Pakistan and the West Indies starting this weekend was called off Thursday because of a Covid-19 outbreak among the visitors, officials from both sides said.

Five members of the West Indies squad — including three players — tested positive for Covid on Thursday, in addition to four cases reported at the weekend.

The three-match series, which was due to start Saturday, is part of the qualifying round for the 2023 World Cup.

The matches will be rescheduled for June next year, a statement from officials said, adding the decision was taken to protect players and acknowledge the limited resources left in the West Indies squad.

Despite the outbreak, a third Twenty20 match between the two sides went ahead Thursday, with a depleted West Indies winning the toss and electing to bat.

The cancellation of the ODI series is a huge blow to Pakistan, which has seen tours by New Zealand and England called off in recent months on security grounds.

Left-arm pace bowler Sheldon Cottrell, and all-rounders Roston Chase and Kyle Mayers, tested positive for Covid on Saturday along with a team official.

Officials said those who tested positive will have to isolate in Karachi before being allowed to travel home.

In October New Zealand quit their first tour to the country in 18 years shortly before the opening match was due to start, following a security alert.

That was followed by England’s decision to withdraw visits by their men’s and women’s teams scheduled for October.

Pakistan officials were furious with the cancellations, arguing security measures were lock-tight.

The cricket-mad nation endured a long spell without a visit from an international team following a terror attack on a bus carrying the Sri Lankan team in Lahore in 2009.

Pakistan were forced to play their home international matches abroad — mostly in the United Arab Emirates — until 2015, when normal service tentatively resumed.