The former Free State and Yorkshire player says his bowling now has a few more qualities. 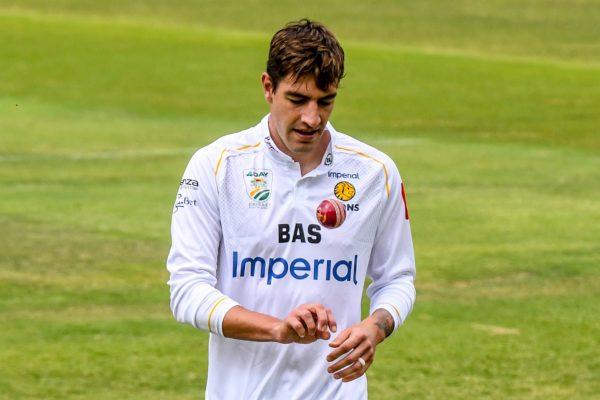 Duanne Olivier is a big mean fast bowler and no toady trying to reingratiate himself with the South African public, so when he says that he is massively honoured to play for the national team again, we should believe him.

Olivier last played for South Africa in February 2019, after which he declared himself a Kolpak player and therefore unavailable for the Proteas. It was a controversial departure because he was in the Test squad and had just negotiated a better contract with CSA.

When the Kolpak system was done away with due to Brexit, there were many who felt those players should not be selected again for the national team, but Olivier’s superb form for the Central Gauteng Lions has won the day.

The 29-year-old, however, seemed to have made peace with the fact that he might have played his last Test.

ALSO READ: Runs to be made, but Proteas must work for them, says Elgar

“I didn’t expect to play again, so I actually framed my baggy (cap). It’s a massive frame … so I’m going to have to ask for a new cap if I’m selected in the XI or reframe it!” Olivier said on Thursday.

“But it’s a special feeling to get the call-up. I was so surprised to get the phone call when I was in Port Elizabeth with my wife. I didn’t expect it at all.

“It’s a massive honour and I’m very happy to be back. Wherever I can contribute, on or off the field, as 12th or 13th man, whatever, that’s what I want to do. I have not been here for nearly three years, so it’s very special to me.

“People will have mixed feelings about me playing, but that’s okay. I will deal with the criticism that comes with it, but I felt very welcome by the team when I came back.”

In Olivier’s first incarnation as a Test player, he was a fearsome fast bowler who worked batsmen over with pace and bounce as he generally dug the ball in short. But the former Free State and Yorkshire player says his bowling now has a few more qualities.

“I feel like a different player. I’m more mature now, a bit more grown-up. From a cricket point of view, the UK helped a lot and I was able to perfect that fuller length every bowler wants,” he said.

“Before, I became a bit floaty and wasn’t that consistent when I tried to bowl fuller, but three seasons in the UK have helped immensely with how I approach my bowling.

“I can still go short if I want to, but I feel like there are different elements to my game now and I believe in my strengths and processes.

“But I’m always nervous before I play and if I’m selected for the first Test then I think my nerves will shoot through the roof. The pressure and expectation is high, but it’s okay to feel it – it’s how you handle it that matters.”