Elgar calls on top six to stand up again for Proteas

South Africa have a clean bill of health and are unlikely to make many changes to their team, according to Elgar. 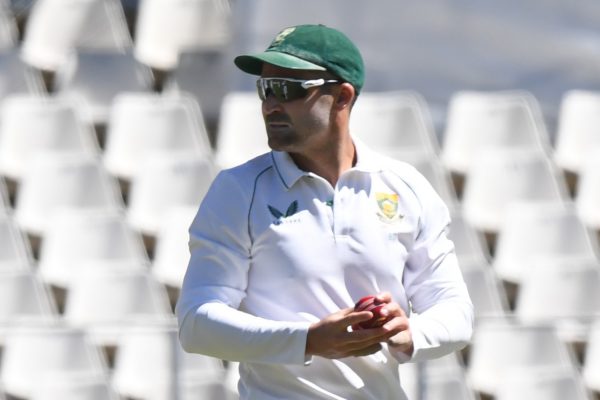 Proteas captain Dean Elgar has reminded his top six batters that they will all start on zero again when the third Test against India gets underway at Newlands on Tuesday, but he is optimistic that South Africa’s batting line-up can build on their encouraging display in winning the second Test at the Wanderers last week.

First-innings half-centuries by Keegan Petersen and Temba Bavuma gave the Proteas a first-innings lead in Johannesburg and then, led by Elgar’s epic 96 not out, they racked up 243/3 in the fourth innings to win by seven wickets as Aiden Markram, Petersen, Rassie van der Dussen and Bavuma all shared vital partnerships with the skipper.

ALSO READ: ‘Keep Markram at the top, but bat Bavuma at No 3’

“The top six need to take responsibility and they showed some good signs at the end of the Wanderers Test,” Elgar said in Cape Town on Monday.

“We hope to build on that, but we know our work is not done and we all start on zero tomorrow. The most successful players at this level never lose their hunger to come back and make another play, to be a big influence for their side again.

“Winning this match and therefore the series would be the biggest victory in my Test career, obviously as a new captain, but also it will be massive for this player group.

“So much work has been put in and so much has not gone for us, but beating the World No 1 team would speak a massive amount for the squad.”

While India will welcome back regular captain Virat Kohli and will introduce one of Ishant Sharma or Umesh Yadav into their pace attack in place of Mohammed Siraj, who strained his hamstring at the Wanderers, South Africa have a clean bill of health and are unlikely to make many changes to their team, according to Elgar.

“Everyone is fit and ready to go. I don’t think there are any hiccups. A bit of wear and tear is normal in a Test series and, as a bowler, if your feet aren’t sore then you’re not working hard enough,” the skipper said.

“Conditions-wise, I don’t see many changes. We want to try to be as stable as possible going into a deciding match.”