“We have put in a lot of hard work in the last 12 months and hopefully we will see results now." 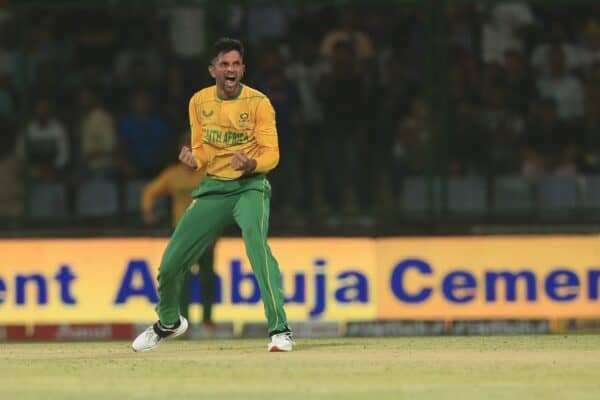 Stand-in captain Keshav Maharaj leads South Africa into an ODI series against world champions England from Tuesday and he said on Monday that “for me it’s about picking up where Temba Bavuma left off, we know our strategy and philosophy as a team.”

Regular captain Bavuma will miss the entire England tour due to a torn tendon in his elbow, and the ODI fortunes of the Proteas will be watched with keen interest because it is the one format in which their performances have lagged a bit. Plus there is the unprecedented decision to forfeit three Super League World Cup qualifying matches in Australia next January.

These three ODIs in England are not part of the Super League, but they will be a good indicator of whether South Africa’s 50-over team is starting to come together with a World Cup next year.

“Relatively speaking, we have not done as well in ODIs,” Maharaj said, “but we have tried various methods and combinations and hopefully we have found our rhythm now.

“We have put in a lot of hard work in the last 12 months and hopefully we will see results now. This might not be part of the Super League, but we are still playing international cricket and representing our country.

“It’s an opportunity to play more together as a unit, and it is still an important series as we try and get those combinations right for when there are lots of important Super League points coming up.

“We are trying to build some confidence in the ODI unit, we have come a long way and this series is an opportunity to do something special as a team,” Maharaj said.

Forewarned is forearmed and hopefully the Proteas will not be shellshocked when the England batsmen launch their now trademark all-out assault on them from the start of their innings.

“England do have a very positive approach, and if conditions allow it then we can be more aggressive too. But it’s about being smart and doing what we can to negate their batting.

“England have a lot of all-rounders in their middle/lower order and they bat quite deep. We have to make sure we execute the basics, get our thinking right on the day and adapt very quickly to conditions,” Maharaj said.

Capital of the north-east

The venue for the first ODI – Chester-le-Street – is in Durham, the capital of the north-east of England, and the last time the Proteas were here was in the 2019 World Cup when their pacemen cashed in on helpful conditions to bowl Sri Lanka out for 203 and win by nine wickets. It was one of their few good days in that tournament.

England will want to capitalise on the emotion of Ben Stokes, the hero of their World Cup triumph, playing his last ODI on his home ground, the Test captain having announced his retirement from the international 50-over format on Monday.

Also read: Boucher upbeat ahead of England ODIs: ‘We’ve got the players and a plan’