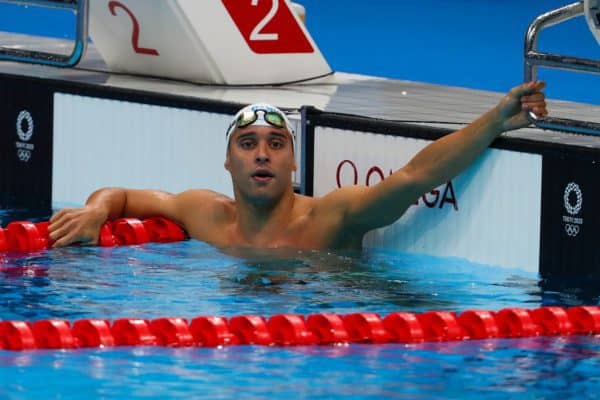 Settling for fifth place, former Olympic champion Chad le Clos admitted he was disappointed with his result in the men’s 200m butterfly final at the Tokyo Games on Wednesday.

Considered his best event, Le Clos had earned gold in the 200m fly at the 2012 London Games, snatching a stunning victory over American icon Michael Phelps, but he missed out on the podium at the 2016 Rio Games where he finished fourth.

After grabbing the last available spot in the semifinals in Tokyo, and winning his race in the penultimate round, the 29-year-old South African had lined up as a dark horse in the final.

Going out hard, he held the lead after two lengths, but he faded in the second half, touching the wall in 1:54.93.

“It sucks because my mind and my soul deserve better than what I put out there,” Le Clos said.

“I know I’m mentally stronger than all those guys. It’s just sometimes it doesn’t come together.”

Le Clos, a four-time Olympic medallist, will return to the pool for the 100m butterfly heats on Thursday afternoon, as he goes in seach of his third successive medal in the event after bagging silver over two lengths at London 2012 and Rio 2016.

Elsewhere in the morning session on day five of the Tokyo Games, road cyclist Ashleigh Moolman-Pasio also missed out on the podium in the women’s time trial.

Completing the 22.1km course in 32:37.60, Moolman Pasio finished eighth, closing out her Olympic campaign after taking 13th place in the road race at the weekend.

The SA rowing team’s campaign fizzled to a disappointing close with the men’s four boat – Lawrence Brittain, Kyle Schoonbee, John Smith and Sandro Torrente – settling for fourth position in the B final.

On the hockey pitch, the SA women’s team lost 5-0 to world champions the Netherlands, as they were handed their third defeat of the pool stages.