The nation's Paralympic team could return home with dozens of medals. 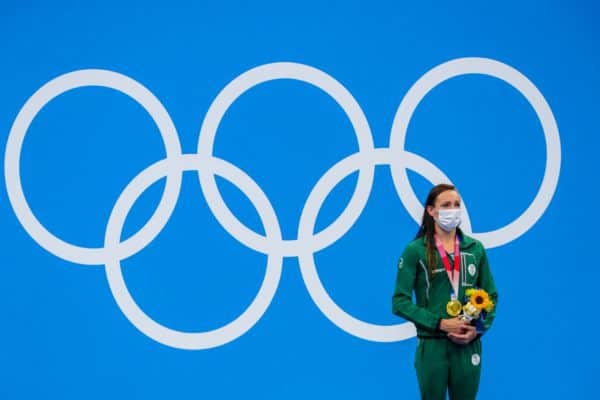 Tatjana Schoenmaker of South Africa on the winners podium after she won the women's 200m breaststroke final in a new world record. Picture: Roger Sedres/Gallo Images

Though the governing body has welcomed crowdfunding campaigns and corporate assistance offered to individuals, the SA Sports Confederation and Olympic Committee (Sascoc) has warned those who have reached out to South Africa’s Olympic medallists that other athletes will also need to be considered.

With the Paralympic Games starting in Tokyo later this month, Sascoc president Barry Hendricks said anyone who wanted to be fair would need to dig deep into their pockets.

While the SA team bagged three medals at the recently concluded Olympics, the nation’s Paralympic team could return home with dozens of medals.

“We welcome the athlete sponsorships and incentives that have been offered, but we need to consider that this must also apply to Paralympic athletes, who generally earn more medals,” Hendricks said on Friday.

Following the public outcry this week around an apparent shortage of funds for Olympic medal bonuses, Sascoc admitted it would need to plan better ahead of the 2024 Paris Games to avoid confusion and controversy.

Multiple crowdfunding efforts were launched after media reports suggested swimmer Tatjana Schoenmaker (gold and silver) and surfer Bianca Buitendag (silver) would not be rewarded for securing medals at the Tokyo showpiece.

Sascoc, however, insisted its partners had confirmed the nation’s podium finishers would receive incentives, along with their coaches, in line with previous bonuses paid to Olympic and Paralympic medallists.

“There has been some miscommunication because Sascoc has always gone out to its partners to seek these funds,” Hendricks said.

“Moving forward, we need to set up our own committee and a budget for incentives, and become more independent.”

Despite their insistence that the issue would be resolved, however, it remained unclear how much government or Sascoc’s other partners had set aside for Olympic and Paralympic medals.

“We are in constant communication with the sports minister but we have not yet received any specific details,” Hendricks said.