Blitzboks go from invincible to vulnerable in Sydney

A last gasp defeat to England on first day highlights unexpected shortcomings in South Africa's game but remain in the picture. 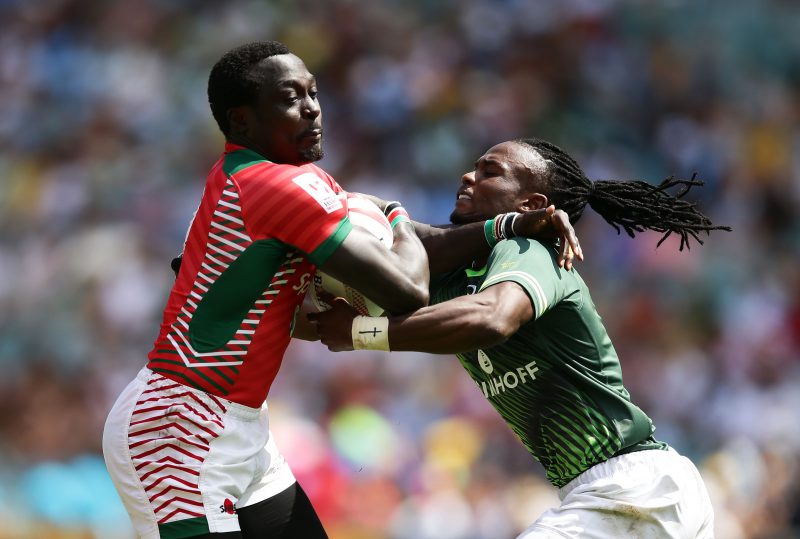 What a difference a week  makes!

Last Sunday, the Blitzboks looked simply unstoppable as they romped to the Wellington title of this season’s World Sevens series.

A quick trip over the Tasman Sea, to Sydney, has suddenly made them look vulnerable.

Also read: LISTEN: Blitzboks are going to be ‘chased hard’ in Sydney

South Africa on Saturday slipped to a 15-21 defeat at the hands of a spirited and skillful England side, meaning their first day at the Australian leg of the campaign fell flat.

Neil Powell’s troops’ big strength to date has been their ability to catch opponents off-guard on the counter-attack but, for once, they had to taste their own medicine.

They had their first dose early in the match, when brilliant scavenging from Richard de Carpentier at a ruck delivered turnover ball to the English and allowed Phil Burgess to slow a clean pair of heels.

Yet the Blitzboks seemed to have the game sewn up when they established a 15-7 lead shortly afterwards.

The talismanic Seabelo Senatla, who once again thrilled a good crowd with six tries on day one, hit back with a dive in the corner before Justin Geduld launched a fabulous cross-kick for Chris Dry to collect.

Geduld showcased his playmaking skills further when he dashed down the touchline – beating a defender in the process – to scored his own try.

That was where the joy ended.

Not to be denied, England brilliantly created a dummy overlap that was superbly finished by Dan Norton.

And then came the ultimate case of using your opponent’s tactic against them.

With the game in the balance at 15-14, super sub Ollie Lindsay-Hague did a “Geduld” by kicking a magnificent cross-kick for James Rodwell to collect.

In retrospect, South Africa’s problem starting in their previous game, an arm-wrestle against Kenya that was narrowly won 14-7.

The Blizboks committed numerous errors and were surprisingly undisciplined as their continental compatriots enjoyed a 7-0 advantage initially.

But an untimely yellow card allowed Senatla – assisted ably by replacement Rosko Specman – to score a brace and save his side’s blushes.

They face the USA in Sunday’s cup quarterfinal.