Sharks show faith in youth project by picking their own ‘Lomu’

20-year-old Sibusiso Nkosi is one of the surprise inclusions for the start of the Super Rugby campaign but he's a promising ... and big lad. 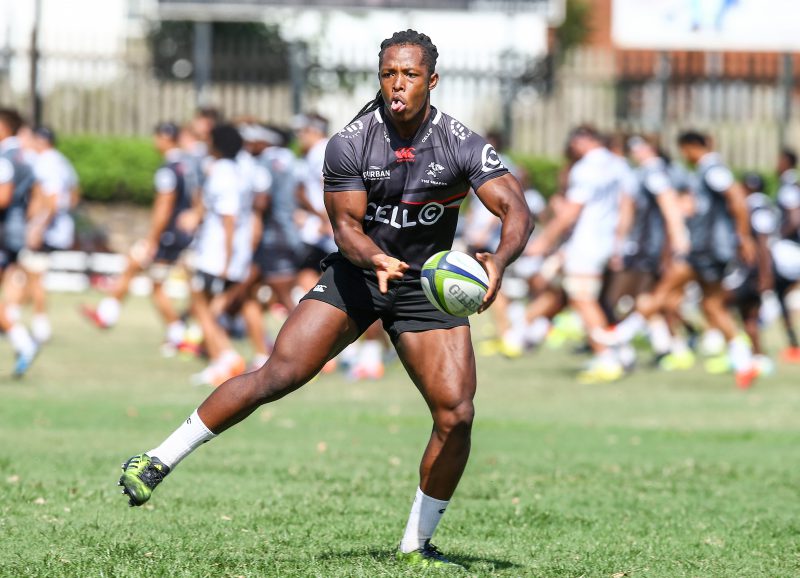 When Robert du Preez named his Sharks touring squad for the start of their Super Rugby campaign on Thursday, he didn’t hesitate to immediately make a big call.

Pundits were quick to pounce of his decision to pick Sibusiso Nkosi over the more experienced S’bura Sithole.

Yet when it’s considered the 20-year-old winger was called “Lomu” after finishing school at Jeppe in Johannesburg, one suddenly understands why.

Nkosi, a Baby Bok in last year’s World Junior Championship, is indeed a hefty fellow in the mould of the late All Black legend Jonah Lomu.

And some fine performances in the pre-season certainly helped too.

“One thing that helped is that we know what S’bra offers, he’s been here a while. But at the moment, we just feel Sbu is a step ahead of him at the moment.

“It’s a long season that’s ahead and we haven’t even played a game yet. Both have a chance to stake a claim.”

Nkosi’s promotion continues an interesting local trend in the build-up to the season.

He’s the second youngster to date who’s unexpectedly played himself into the spotlight.

The Lions this week included Under-19 star Madosh Tambwe in their group and has a decent chance of making his debut even given the injury to Springbok wing Ruan Combrinck.

The talented utility back made his mark in last year’s Currie Cup and his versatility has led to team management not picking an extra flyhalf as backup to Bok and captain Pat Lambie.

“We were debating on whether to take a second pivot with us. We had a few options in Garth April, Benhard Janse van Rensburg and Inny Radebe,” said Du Preez.

“But I rather want them to get more game-time than they would be able to get on tour. There was very little to choose between them. Curwin is very talented and we feel he’d be able to cover for Pat at flyhalf. He is considered as our fullback though.”

The Sharks kick off their campaign with two away games against the Reds and Brumbies in Brisbane and Canberra respectively.