The embattled franchise at least had normal pre-season for Super Rugby and certainly not the worst squad on paper. Will that mean anything? 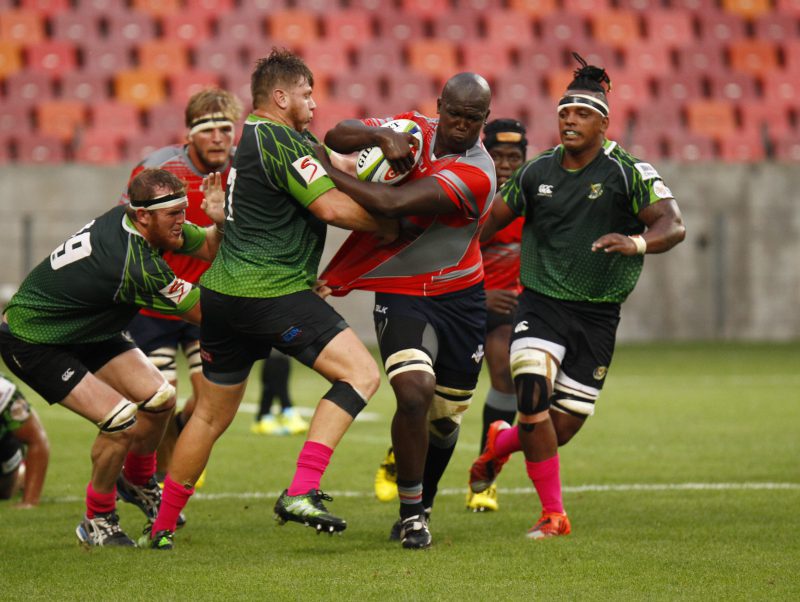 There are two ways you can look at the Kings in Super Rugby.

You can either complain that they’ve been set up to fail – which is tempting – or argue this represents the brave new world of transformation.

Also read: A blank page: The curious case of the young Sharks

After all, what better way to expose promising black players to a fairly high standard of rugby?

On the question of coping: you’ll never know until you don’t expose them.

But we all know it’s not that simple.

Will the Kings at least be better than last year?

This is certainly not the worst group of fullbacks to stock a team with.

Chrysander Botha and Johann Tromp are both Namibian stalwarts with experience at 2015’s World Cup.

Botha even has experience with the Lions and England’s Exeter Chiefs.

On-loan Ntabeni Dukisa has developed into one of Griquas’ most reliable performers.

There could be a few hidden gems here.

The diminutive Malcom Jaer is a hard-working player whom the Blitzboks dearly wanted, while Wandile Mjekevu nowadays has relatively substantial Super Rugby experience.

The versatile Siyanda Grey could shift to centre but provides decent back-up.

The fact that the Kings are pinning their hopes on an injury-prone, 30-year-old Waylon Murray says everthing.

Coach Deon Davids might have some restless nights over the depth in this department.

Verdict: Another recruit should’ve been a priority

The joke goes Lionel Cronje is on a mission to play for every province in South Africa.

It certainly feels that way.

Yet the journeyman said earlier this month he really is committed to making an impact.

And in this team, he finally has the ideal opportunity as his backup isn’t top-class.

Garrick Mattheus is a good goal-kicker.

Verdict: Time for a junior prodigy to step up

The Kings were, rightly, very excited to have recruited a former Springbok tourist in Louis Schreuder.

But the heartening thing about this group of halfbacks is that they really can push each other throughout the campaign.

Verdict: One of their stronger areas

There was a time when Ruaan Lerm was considered the man to take over the Lions captaincy from Warren Whiteley.

Professional sport though is clearly unforgiving.

That doesn’t mean the man loaned from the Pumas can’t show the doubters wrong.

Verdict: Exactly the type of player the Kings need

The Kings were kept from being hammered further in 2016 basically because their loose-forwards tackled and try to steal possession like men possessed.

That group has been kept for another season, meaning the Eastern Cape franchise can still consider them one of their primary weapons.

Haven’t heard of these gentlemen?

Don’t worry as most of South African rugby hasn’t.

It would seem then the coaching staff can go horses for courses in this position and determine later who are the best candidates.

If there’s one area where coach Davids can stand in front of people and brag, it’s in the front row.

There’s a wealth of options here.

Schalk Ferreira is known as one of the best looseheads in SA; the Lions were truly depressed when they lost Schalk van der Merwe; Ross Geldenhuys played for the Highlanders; Chris Heiberg turned out for the Force.

Verdict: Opponents will be green with envy

You can’t go wrong with the underappreciated Martin Bezuidenhout but Mikey Willemse won’t be guaranteed the deputy role.

In fact, there’s a problem if the veteran is absent.