Both sides make minimal changes in the hope that they can quickly recover from indifferent starts to the Super Rugby campaign. 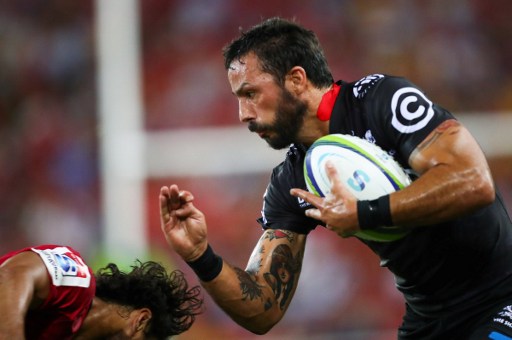 French rugby players aren’t necessarily known for their reliability but the Sharks are hoping Clement Poitrenaud bucks that trend.

The 34-year-old France international, who played 47 Tests, on Thursday was picked at fullback for the Durbanites in Friday’s Super Rugby match against the Brumbies in Canberra.

Now, the Sharks obviously signed the veteran to perform a versatile role in this squad.

The youngster endured a difficult Super Rugby debut against the Reds last week, with his handling in particular a disappointment.

However, Poitrenaud hardly covered himself in glory.

His first touch as replacement resulted in a knock-on and he conceded 2 turnovers in 23 minutes.

Given that the gifted Bosch represents the future of Sharks rugby, couldn’t Du Preez have persisted with him for at least one more game?

It’s a relevant question because of the fact that Poitrenaud didn’t play much better than him.

The Frenchman is one of only two changes made by the Sharks.

Oosthuizen was excellent against the Reds but Du Preez can’t complain about his replacement.

“Etienne is a big loss but we have a very good replacement in Stephan.  Our squad depth is really important and the guys that come into the starting line-up have to use their opportunity,” said Du Preez.

** Meanwhile, the Kings take on the Sunwolves in Singapore with only one specialist lock.

Injuries have decimated coach Deon Davids’ stock in that position , meaning flanker Tyler Paul will have to deputise there on Saturday.

The Kings’ mentor though will be happy his one fit lock is Mzwanele Zito.

The 28-year-old made an excellent debut against the Jaguares last week, making 16 tackles, being secure in the line-outs and showed up well as ball-carrier.

In truth, the Kings have the luxury of continuity in their starting XV, a pleasing development.

They are experimenting with their bench.

“We have thought that in order to build on our Vodacom Super Rugby experience, we would rotate on the bench,” said Davids.