Lukhanyo Am reminds everyone the Kings do have some value

The promising Sharks centre grew up quickly after being loaned to the Kings last year ... and it's already bearing fruit. 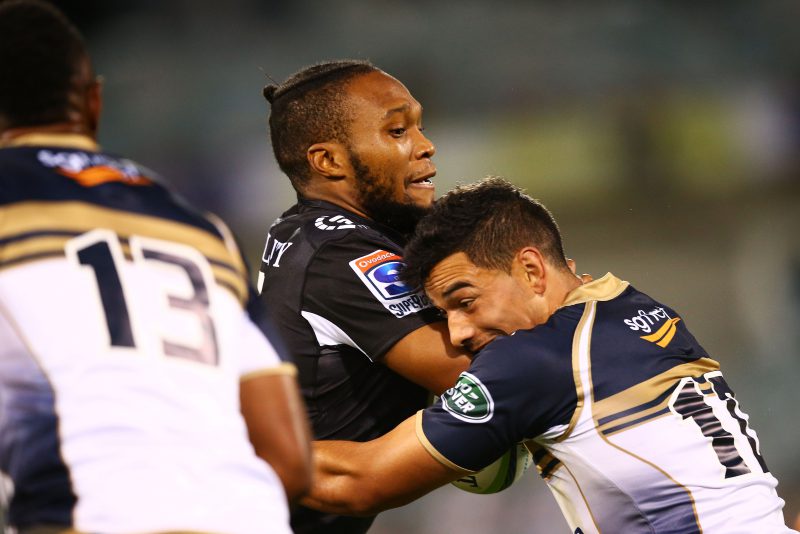 When a player is loaned to the Kings for a Super Rugby campaign, you can bet there’s a fair amount of snickering behind his back.

To deny it would be dishonest.

Fickle South African rugby fans are, well, too petty not to judge some players turning out for local rugby’s “minnows”.

Thankfully, there are men like Lukhanyo Am who provide timely reminders that a stint with the Eastern Cape franchise can actually be good for a player’s development.

Also read: Hard-working Lukhanyo Am steals it for the Sharks in Canberra

The 23-year-old outside centre from the Sharks has been one of the more impressive South Africans in this year’s tournament to date.

He notably scored the Durbanites’ last-gasp winning try against the Brumbies last weekend but it’s been his versatility and high work rate that has stood out.

It was a mature performance from a man who had to grow up quickly last year.

“When I was loaned to the Kings in 2016, it proved to be a steep learning curve,” said Am.

“I gained a lot of experience playing there because I was considered a first-choice player. It helps a lot if you are given game-time in Super Rugby. I took what I learnt there and applied it in last year’s Currie Cup.”

So impressive has the man from King William’s Town been that Sharks coach Robert du Preez had no doubts about making him a key player in the current campaign.

In a progressive but structured system of playing like the Sharks, a team needs good decsion-makers willing to do donkey work.

And – even if it’s still early days – it seems Am is passing with flying colours.

But nothing beats good natural instincts at a vital moment, just like Am had to show when he scored his try in Canberra.

“When Curwin (Bosch) kicked forward, I saw a lot of defenders surrounding me and a lot went through my head,” he said.

“I was having doubts as to whether I should kick the ball forward and dive for it or to pick it up. I picked it up and trusted my instinct.”

Yet he doesn’t want credit for a try that has kick-started the Sharks’ campaign.

“Everything just went to plan and luckily I was the one who scored the winning try.”

Humility is another trait Du Preez will treasure from his new jewel in the backline.