Ambitious Sharks will run wisely with the ball

There's an expectation that Robert du Preez's troops will play more attractive rugby in 2017 but they warn it's going to be process. 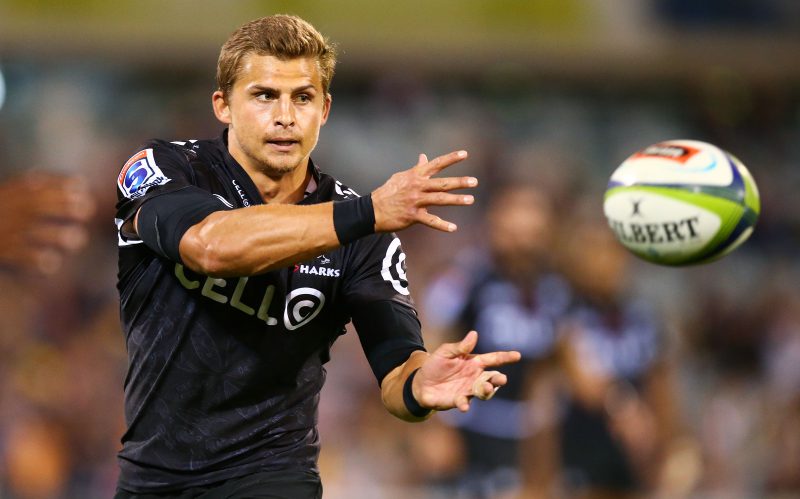 The Sharks make no secret of the fact that they want to play rugby that’s soft on the eye.

To be honest, everybody in South African rugby is trying to do that.

But Saturday’s Super Rugby meeting with the Waratahs at King’s Park won’t see the Durbanites suddenly running free just because of last week’s morale-boosting win over the Brumbies.

If Robert du Preez’s troops are going to play attacking rugby, they’ll so so wisely.

That attitude is illustrated by captain and flyhalf Pat Lambie making a concerted effort the past two weeks to consult his teammates on what do with kickable penalties.

“It takes a lot to convince the forwards not to kick to touch and force a line-out,” chuckled Lambie.

“They always want to have a go and try to score from a driving maul. Jokes aside, we pride ourselves on decision-making and we actually review the decisions we made during a game.”

This is an important process for a developing side like the Sharks.

It takes a few years of cultivation as well as being adaptable.

“It’s all about the momentum of the game at that stage,” said Lambie.

“Sometimes the opposition are one player short due to a yellow card for a forward, other times it’s a back. It’s about judgement.

“At one stage, the game flows to such an extent that you want to keep the momentum and pressure going, so you kick to touch. Other times you simply take the points. It’s about backing yourself but also not being silly if it’s not going to go your way.”

Last week’s last-gasp win in Canberra was a good example.

After falling behind 3-15 in the first half, the Sharks carefully held onto the ball more and concentrated on building phases without trying to overdo things.

As it turned out, their most fluid attacking move came in injury time – Lukhanyo Am’s match-winning try.

That’s how it goes.

“We gradually became more direct against the Brumbies but it was important for the guys to get a feel first,” said coach Du Preez.

“We’ll continue to be more direct but we’ll do so wisely.”