Johan Ackermann sends a shockwave: he might leave the Lions

The Lions coach confirms he's been offered the head coach job at English club Gloucester and is seriously considering taking it. 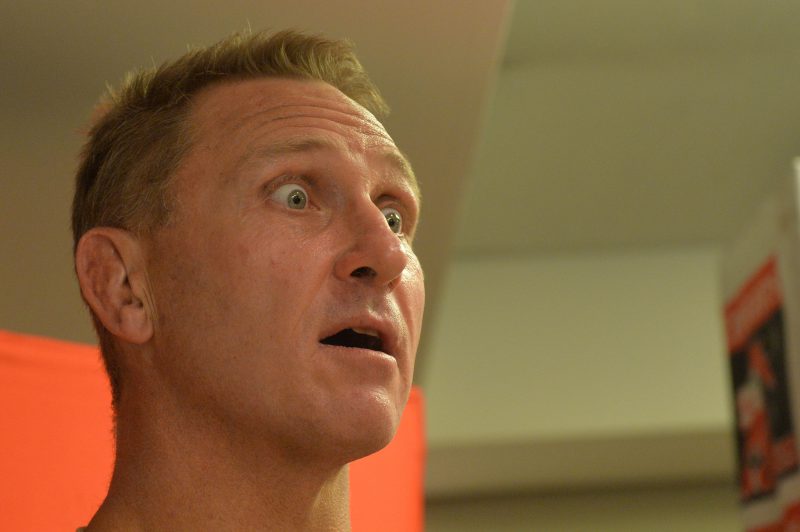 Johan Ackermann shocked many with his confirmation of a job offer in England. Photo: Lefty Shivambu/Gallo Images.

The Lions may need to go hunting for a new head coach by mid-year.

Johan Ackermann, the union’s incumbent, on Thursday confirmed he has been offered the same role at the English club Gloucester.

The former Springbok lock, who has guided the Lions to a Currie Cup title and a Super Rugby final, is regarded as hot property nowadays given his success.

He was previously thought to be courted by two Japanese teams too.

“I have been offered the opportunity to guide Gloucester,” said Ackermann.

“I’m in the process of looking at all the pros and cons of such a move. I’ll be making my final decision sooner rather than later because I don’t want this team to become distracted. We have a tournament to perform in.”

The fact that Ackermann was more than willing to admit to his new possible venture is potentially a bad sign.

Despite stating that he won’t delay his decision unnecessarily, the Lions mentor doesn’t want to force a timeframe.

“I don’t want to put a timeframe on this. I don’t want the players to keep wondering whether a particular week will be the time when I make an announcement,” said Ackermann.

“At this stage, all I’m saying is that there is an offer on the table and I am considering it.”

It’s unknown whether his loyal assistant, Swys de Bruin, will be tagging along.

An Ackermann move also has implications for the South African Rugby Union (Saru).

They’ve appointed him as the South Africa ‘A’ coach, who’ll play a series in June.

Gloucester have been without a head coach since parting ways with Australian Laurie Fisher earlier this month.