Sharks open a can of transformation worms with flyhalf pick 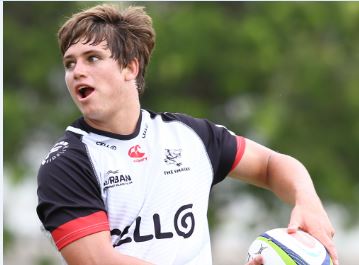 When Sharks coach Robert du Preez picked the unknown Benhard Janse van Rensburg at flyhalf for Saturday’s Super Rugby meeting with the Kings, he opened himself to transformation critics.

Local rugby is still being dogged by questions over its true commitment to change and selections like this one does affect certain perceptions, regardless of Janse van Rensburg’s ability.

This 20-year-old pivot still played Varsity Cup last year for NWU-Pukke and is a Baby Bok but his exposure to top-level rugby is limited.

Nonetheless, he won the race to replace injured captain Pat Lambie by elbowing Garth April and Inny Radebe out of the way.

That will be a bitter pill for some to swallow.

Less than a year ago, April unexpectedly won selection for the South African ‘A’ side purely on his fine form in last season’s Super Rugby campaign.

He’s on the bench for this game.

Radebe, a silky runner for the University of KwaZulu-Natal in the Varsity Cup, was granted substantial game-time in last year’s Currie Cup.

Obviously April and Radebe can’t claim to be experienced but the question will still be asked if unproven white players are perhaps still backed more than non-whites.

Du Preez though didn’t bat an eyelid over his decision.

“There’s very little to choose between him and Inny but I think Benhard’s got his head in front‚ especially after the warm-up game against the Blue Bulls game, where he played very well,” said the Sharks mentor.

“I’m confident in Benhard’s game management. He’s a really good communicator and that’s pivotal in his position. Benhard’s a brilliant defender in his channel as well, though I have to say Inny is also excellent in that regard. It’s a nice opportunity for him.”

To his credit, Du Preez is aware of any potential feelings of frustration Radebe might be having.

“It’s tough on guys who don’t get game-time, no doubt,” he said.

“I’ve had conversations with all the guys who are currently missing out. Even someone like (20-year-old winger) Sbu Nkosi needed a chat. They’re obviously disappointed because there’s a good vibe in the team and they want to be a part of it.

“Communication is key in these situations.”