By now one probably won't be surprised that Curwin Bosch made the cut (again) but he's joined by someone else his age. 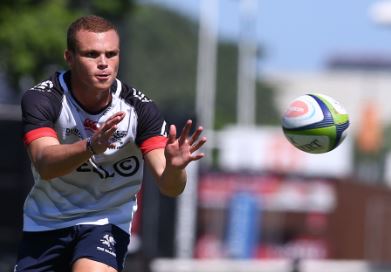 Most South African sport fans enjoy it when young stars emerge quickly at the top level and rugby has a rich tradition of doing that.

This past weekend’s action saw that being continued as two 19-year-olds feature in our team of the week.

Given the opportunity to have extra space at fullback against the Sunwolves, he soared.

The teenager built on a promising start from last week’s debut against the Reds.

And this time he actually scored tries too!

It’s astonishing to think this stalwart only played his first competitive of 2017 at the weekend.

He broke tackles at will as he looked for space, scored a try and defended well.

There was certainly no signs of rustiness.

He’s not the most flashy player and he definitely doesn’t play in the flashiest backline.

But the big midfielder does his job superbly.

Need one say more on this freakishly talented 19-year-old?

This man is an absolute terrier but he doesn’t solely rely on his determination.

Reinach is skillful and his tactical kicking has improved tremendously.

South African rugby will miss him when he departs for England.

The Lions skipper is doing little to suggest that he’s not the first-choice No 8 for the Boks against France.

There’s still some rough edges but that’s to be expected from a 21-year-old.

His ball-carrying is sound and his defence is improving.

No flanker in South Africa comes close to matching him when he’s in such a rampant mood as against the Kings.

It was his game-breaking skill that helped his side get the bonus point.

He’s rapidly becoming one of the forwards of the tournament to date.

Botha is the quintessential modern lock – a line-out organiser and a bully in the collisions.

He was like an extra flanker in Bloemfontein and his scrumming is strong.

It’s good to see him slowly reaching some of his potential.

We all know this hulk of a hooker will always be a strong ball-carrier but the improvement of his primary skills is what’s really impressive.

He only played 19 minutes but his work-rate was enough to make him stand out above the rest, especially on defence.