The Springbok coach assembles his second national training squad of the year and there's a notable name missing. 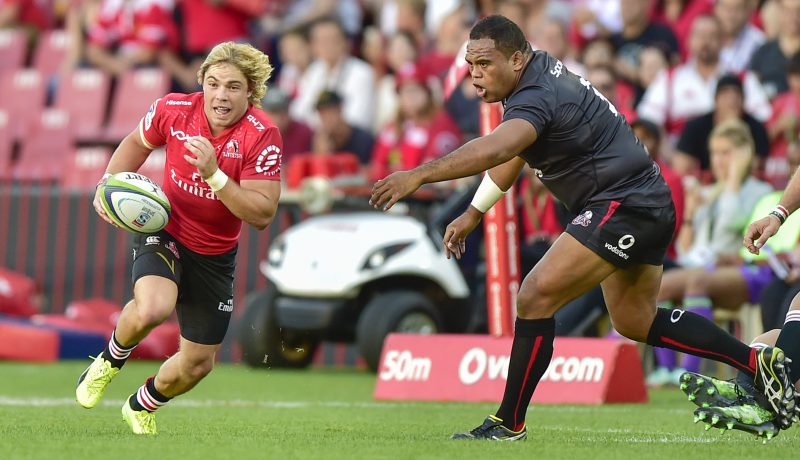 Faf de Klerk is, if you can read anything into national training camps, a bit in the Springbok wilderness. Photo: Christiaan Kotze/Gallo Images.

The national selectors dropped a minor bombshell by excluding Lions scrumhalf Faf de Klerk from the next Springbok training camp in Stellenbosch.

Altogether 41 names were released, including 13 players from the Sharks, 10 each from the Lions and Stormers while eight Cheetahs have been invited.

Also read: Teenagers rule the roost in our Super Rugby XV for the week

De Klerk was the first-choice No 9 in most of his 11 Tests last year and has been in sublime form following a slow start to his season, which makes his absence that much more puzzling.

Instead, Springbok coach Allister Coetzee decided to give a nod to Shaun Venter and Cobus Reinach, scrumhalves of the Cheetahs and Sharks respectively, as well as Stormers veteran Jano Vermaak.

Reinach is headed to Northampton after the Super Rugby campaign.

Exciting inclusions are the Sharks’ flyhalf/fullback Curwin Bosch and the Stormers’ EW Viljoen, who form part of the five so-called young guns invited.

The Bulls and Kings players were not considered because they will be overseas at the time of the gathering, from April 2-4.

“The camp provides us another opportunity for us to cast the net wider and also to have a closer look at certain positions,” said Coetzee.

“There are a couple of new faces in this group who have shown consistently shown good form,” said Coetzee.

“I also want to thank our franchise and conditioning coaches for their continued collaboration and support.”

Lock Franco Mostert is not available for this camp as his wife is due to give birth to their first child.

Injured Boks Pat Lambie, Uzair Cassiem and Ruan Combrinck have been invited but other injured players such as Damian de Allende and Jean-Luc du Plessis (both Stormers), who made the trip to Johannesburg for the previous camp, are not required to do so again.