It’s up to the Springboks to make Saru money again 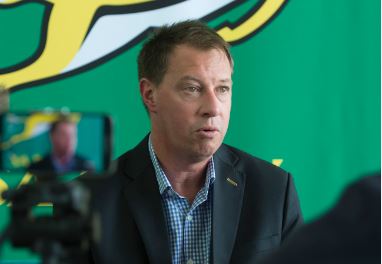 SA Rugby CEO Jurie Roux told the hearing the money the organisation needs to build a proper well-functioning structure largely comes from the sale of television broadcast rights and sponsors who are willing to pay for the exposure they get on TV. Picture: Getty Images

Jurie Roux, chief executive of the South African Rugby Union (Saru), believes the local governing body will continue to perform poorly financially if the Springboks don’t sort out their own bad form.

Some critics will say that’s merely a way of shifting the blame but there’s merit to the argument.

Under Allister Coetzee, the Boks won a pitiful 4 out of 12 Tests in 2016 and have done precious little to attract new sponsorship following the withdrawal of several partners at the end of 2015.

As a result, Saru reported a R23.3 million loss for the last financial year.

“People accuse me of oversimplifying the debate. But if we don’t improve the product on the field and create a better experience for fans, we’ll continue to have this problem,” Roux said following the unveiling of Fly Safair as the Boks’ new domestic airline carrier.

Saru controversially stated in a press release announcing the financial results that they felt the loss was actually “satisfactory”.

Naturally, some observers were quick to pick up on that.

Roux had an explanation for that.

“It was a poor year. We have to be honest about that,” he said.

“We lost a major sponsor at the 11th hour at the end of 2015, along with two other smaller partners. That left us with a gap of R130 million in our budget.

“A sponsorship like that takes 18 months to negotiate. To try and rescue something like that in a year is very difficult. That’s why we used the term ‘satisfactory’. We were on our way to losing R130 million yet limited it to R23 million. In a year where the Boks lost 70% of their matches, it’s probably a triumph of sorts.”