Yip, you guessed it, Curwin Bosch is still the best No 10 in the country and Sikhumbuzo Notshe looks like Springbok material. 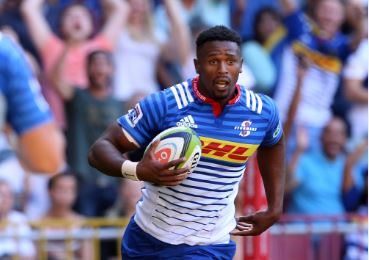 Given the all-round magnificence of their performance against the Cheetahs, it’s hardly surprising that Robbie Fleck’s Stormers dominate our team of the week.

But we also had a superb encounter between the Lions and Sharks to provide some balance.

How this man is not part of a Springbok training group yet is beyond belief.

The journeyman has found his home at Newlands and delivers play of the highest quality weekly.

You can’t argue with a wing that’s scored five tries in the first five rounds.

The good times keep rolling for the 21-year-old, who’s become a star out of position (believe it or not).

Some of his passing against the Cheetahs was out of this world.

Where do the Stormers get all these talented young men?

The son of former Province legend Michael not only creates play, he’s capable of bone-crunching tackles.

What more do you need from a man in his position?

He continues to be the classiest local winger in this year’s tournament.

The teenager scored another 19 points this week, including a monster 65m penalty.

Some observers were sceptical when he came back to Cape Town after a stint in France.

But he’s really proved his worth.

He led from the front as always in a difficult game.

It was nice to see him remind all of his ability at the lineouts, something that showcases his versatility.

He starred at eighthman but a place simply had to be found for him.

Notshe is a skillful, mobile attacker – he scored a hat-trick of tries after all – and a strong defender.

South African rugby needs him to continue this fine form.

The level of endurance of this man is astounding.

It was his awareness that led to the Lions’ winning try.

He’s still not at the level he was in 2015’s World Cup but the tall lock is gradually starting to hit his straps.

De Jager’s tackling has been immense to date.

Is there a better No 4 lock in world rugby at the moment?

The former Lions captain doesn’t strike one as the modern prop.