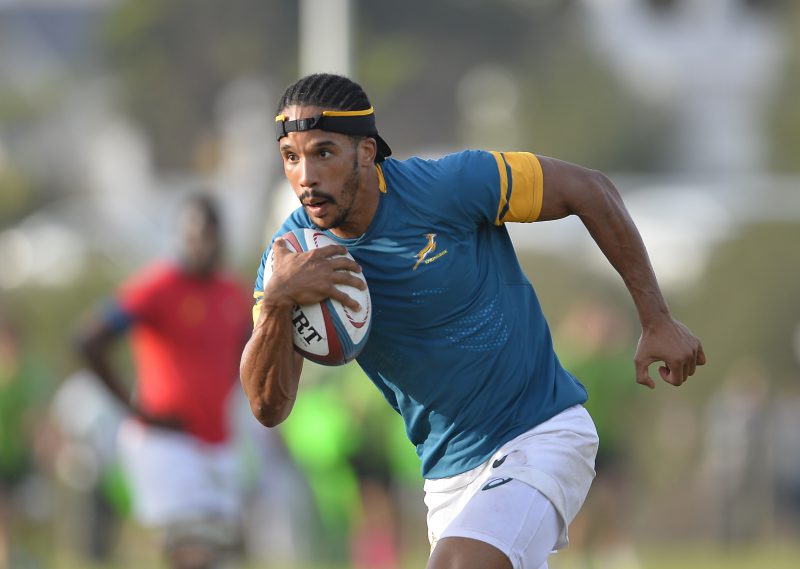 Little did new Springbok wing Courtnall Skosan know how the rugby doors would open for him when he joined the Lions from trans-Jukskei rivals the Bulls three years ago.

The 25-year-old Skosan is set to make his Springbok debut next weekend at Loftus against the French in the opening Test after his rousing performances for the Lions in Super Rugby.

Lions coach Johan Ackermann recalled the meeting he held with Skosan before the Bulls wing joined the Lions in 2014 and has never looked back.

‘‘I had my first meeting with Courtnall way back when he was still playing for Tukkies. It was a big change for him coming from the Bulls,’’ said Ackermann.

‘‘A few years later he became a super star at Super Rugby level. In my view, he is a quality player and a Bok, one that should be named in the match-day squad at least.’’

A squad effort at the Lions should be credited for the rise of 10 players to international level, added Ackermann. ‘

‘The reality is that the non-Boks made it possible for them,’’ said Ackermann.

‘‘But it’s great for guys like prop Ruan Dreyer, fullback Andries Coetzee and Courtnall to be rewarded for the first time.’’

Last year there were questions raised why some of the Lions players couldn’t make the step up to Test rugby, having been taken out of the comfort of the Lions game plan.

‘‘Test rugby is different, there’s a lot of added pressure, less time and space and that’s the level where they have to compete. But there is no doubting their potential,’’ said Ackermann.

‘‘The consistency that they have shown make them deserve their places. And they will now pick up the international experience, but there’s no doubt there’s enough talent to perform at that level.’’

Time away from rugby was 'needed', says Am about refreshed Boks
4 hours ago
4 hours ago

Time away from rugby was 'needed', says Am about refreshed Boks
4 hours ago
4 hours ago