An abrasive and brave Sharks almost knock the hosts off their stride but Johan Ackermann's troops find way to reach the last four. 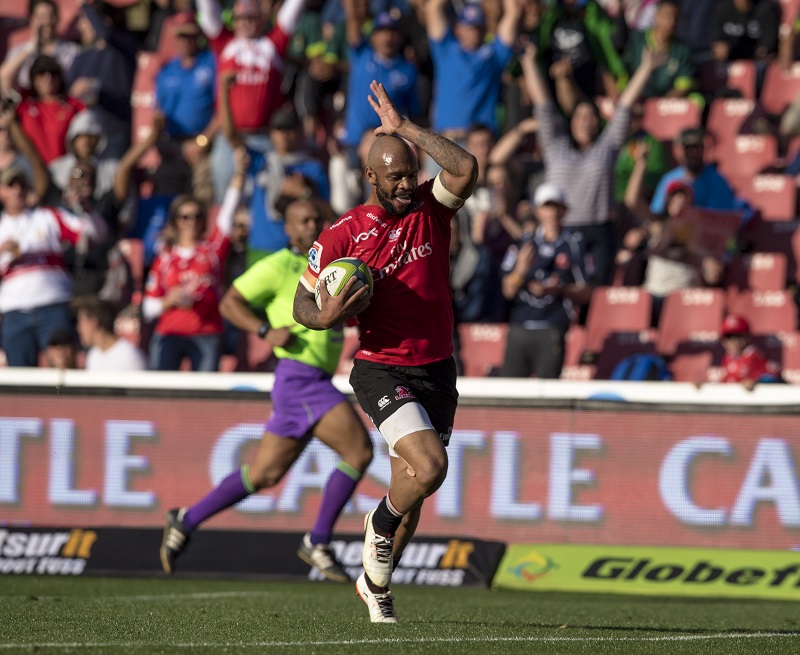 The Lions probably used all their get-out-of-jail-free cards on Saturday after they edged the Sharks 23-21 in a nerve-wracking Super Rugby quarterfinal at Ellis Park.

A 78th minute penalty by wing Ruan Combrinck inside his own territory was the only difference between the sides.

The Lions would be the first to admit they were fortunate after an erratic and error-ridden display.

In contrast, the Sharks deserve a lot of credit for their tireless work on defence and managing to make the Lions look mediocre.

Goalkicking almost came back to haunt the home side too.

First flyhalf Elton Jantjies missed four of his six attempts and as soon as he left proceedings Combrinck missed another.

In the end though, it didn’t matter.

Despite his yellow card in the 65th minute, Lions lock Franco Mostert not only scored his team’s opening try early in the second half to start the Lions fightback but his tireless work on defense was once again an inspiration to his side. Early in the first half he seemed rattled after he made a tackle on Sharks wing Kobus van Wyk but he simply shook off the niggle and continued with his demolition job.