The Springboks tighthead delivered his best performance at international level in PE but he's far too pragmatic to get carried away. 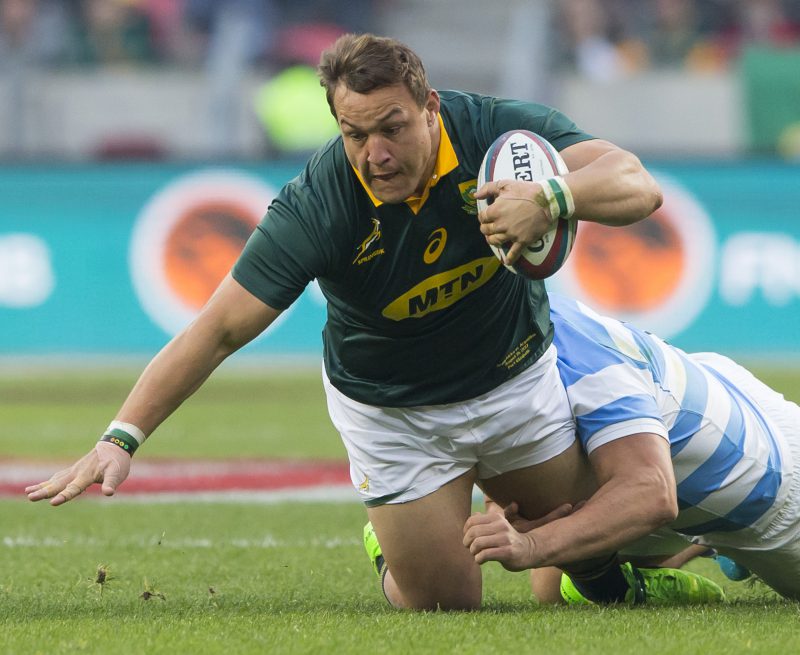 Coenie Oosthuizen was outstanding for the Springboks against Argentina. Photo: Dirk Kotze/Gallo Images.

Brimming with confidence after his bulldozing performance in the 37-15 Rugby Championship win over Argentina on Saturday, prop Coenie Oosthuizen said the Boks could not rest on their laurels.

Oosthuizen earned the Man-ofthe-Match performance after the Boks overpowered the Pumas at scrum time.

“I don’t think there will be a moment when we can say we have achieved everything,” Oosthuizen said.

“So we’ll just continue to work hard and build on the foundation that has been laid.”

With Beast Mtawarira playing his part on the other end and hooker Malcolm Marx in the middle, the assistance of locks Eben Etzebeth and Franco Mostert were also invaluable.

“It was a team effort and the whole pack of forwards were quite happy about the work rate and the work that we actually put into our scrummaging,” Oosthuizen said.

“We worked hard in our preparations for two weeks and it’s difficult for a tight unit to evolve so quickly. Out of a scrumming perspective we achieved what we set out to do.”

Oosthuizen made it count in his first start since 2014 and his 29th Test, but he believed they would need to step it up again in Salta this weekend.

“There is actually so much more we can get right with our scrumming but for the first Test we can be happy about that,” he said.

“I think we have a special pack of forwards and some very elusive backs, so I think the trust and momentum going forward is there, but it’s something we have to continue to work on.”

The team will remain in Port Elizabeth for a few days before departing for Argentina on Wednesday, Bok coach Allister Coetzee confirmed.

“Mondays and Tuesdays are your most important training days and we’ll have to ensure we are fresh,” he said.

“There won’t be any time for changes on both sides because of the short turnaround.”