Griquas have proved to be difficult opponents in Kimberley in the past and Friday's Currie Cup game won't be any different. 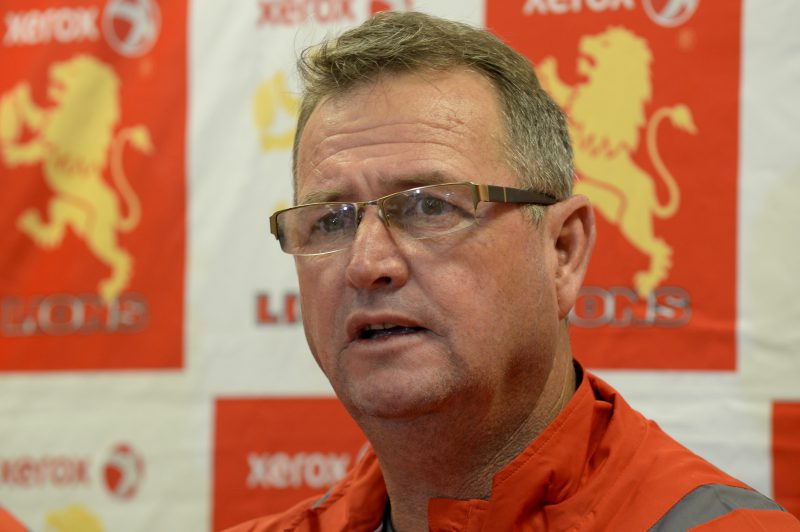 The Lions face Griquas in their next Currie Cup clash and De Bruin, who coached Griquas between 1999 and 2003, knows too well how hostile the reception will be.

“We’ll have to up the physical department again, there’s no denying that,” said De Bruin, referring to their narrow 29-28 win over the Pumas last weekend.

“I know them well. I know that ground well and I was fortunate to coach there for five years, so we know it will be a big challenge.”

But while it was only the Lions’ second win of the competition, it put them back in striking distance.

De Bruin would have none of that.

“I think it will be fatal to even think about play-offs at this stage, we have to be process-driven in the remainder of the competition,” he said.

“We have to take it week by week with these guys. There’s experience like a Jacques van Rooyen at the top but there’s no middle order, so it’s a case of gelling.”

De Bruin also said he doesn’t believe their struggles in the lineouts last week had anything to do with the fact that forwards coach Victor Matfield couldn’t attend the match.

“Vic was not at the game last weekend but we said at the start of his appointment that he is a consultant,” said De Bruin.

“And he won’t be able to be with us all the time as he had to attend a game auction and he notified us well in advance.”

Prop Corne Fourie sustained a fractured wrist in the match against the Pumas. He does not need surgery but will be out for at least six weeks.