The Springboks winger missed a massive nine tackles in Albany and was so embarrassed that he personally SMSed the coach. 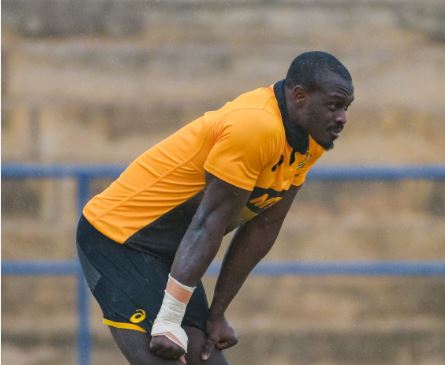 Raymond Rhule has owned up to his mistakes in a Springboks jersey. Photo: Frikkie Kapp/Gallo Images.

Raymond Rhule isn’t oblivious to the criticism he received after a horror showing on defence against the All Blacks.

In fact, the Springbok winger was so embarrassed over his astonishing nine missed tackles that he SMSed coach Allister Coetzee during his time off last week.

“He was the first to text me and said he watched the game. He identified the areas where he has to improve,” the national coach said.

“It’s our job as management to help him with that.”

Rhule certainly needed to own up to his mistakes because he’s still part of the squad, while a player like scrumhalf Francois Hougaard has been dropped due to “technical shortcomings”.

Some would argue they both deserved the chop.

Coetzee – despite himself being rather forgiving – encourages his players to be accountable.

“The players have to own up,” he said.

“We were poor in execution and I will never sweep that under the carpet. But I also said we shouldn’t hang ourselves, and we did exactly that.”

The Springbok mentor once again defended his decision not to call up Lions wing Ruan Combrinck, stating a lack of game time in Japan had cost him.

“I burnt my fingers last year with players coming in from France for the inbound series. There was a lot of talk about their conditioning and fitness.

“We are at the crucial stage of our campaign, maybe not in a race to win it, but we still have two important games to finish second. So if a player doesn’t play, how do we expect a player to perform? I coached in Japan myself and to make that step-up is not easy.”