The Cape franchise have placed a premium on better conditioning in order to end years of underachievement in the tournament. 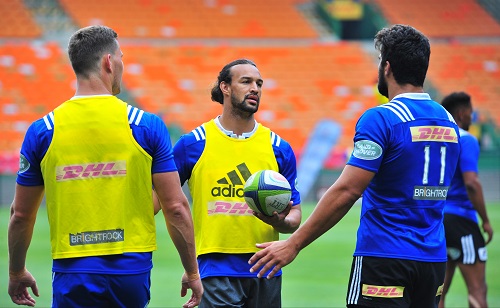 The Stormers are convinced Dillyn Leyds became a Springbok because of his conditioning. (Photo by Grant Pitcher/Gallo Images)

The addition of two more Springboks to their stockpile has given the Stormers the additional belief they are heading on the right track in Super Rugby, said their strength and conditioning coach Steph du Toit.

Ahead of their second warmup game against the Bulls in Wellington on Saturday, Du Toit said wing Dillyn Leyds and prop Wilco Louw are prime examples what can be achieved through a solid pre-season programme.

Louw grabbed his Bok chance when he replaced Ruan Dreyer, while Leyds was called in to replace Raymond Rhule, the former Cheetah who is now a team-mate in the Western Cape.

“Seeing guys like Dillyn Leyds and Wilco Louw become Springboks in 2017 doesn’t only give us, as the coaching staff, some assurance that we’re doing something right,” he said.

“But also offers the squad an example of how a good pre-season can make all the difference for your in-season.”

While head coach Robbie Fleck is the man responsible to see the ship is steered in the proper direction, correct conditioning has probably become the most important part of Super Rugby preparation.

“We always try to back up everything we do in the pre-season with some science,” said Du Toit.

“We use a lot of technology to help the players understand and see why we do what we do.”

With the Stormers’ opening game on February 17 against the Jaguares at home rapidly approaching, the Stormers would look to field a stronger line-up against the Bulls compared to the wider squad they gave a run against the Eagles two weeks back.

“Confidence is everything. If a player is confident, regardless of whether he is super-talented or not, he will go a long way,” said Du Toit.