Phillip Lemmer was unknown when he was appointed the men from Johannesburg's forwards coach. It hasn't taken long for him to make his mark. 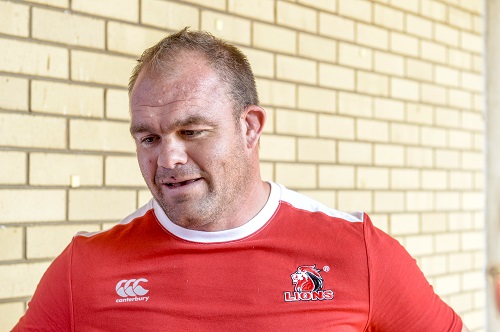 It took just three games for Lions forward coach Philip Lemmer to stamp his authority, something that was obvious after last year’s Super Rugby runners-up hammered the Bulls up front at the weekend.

However, the 34-year-old former Emerging Springbok prop and national representative in wrestling might have an ace up his sleeve: there’s a bit of a psychologist hiding inside of him.

Lemmer, in a chat with The Citizen, revealed he has a secret message for the pack of forwards ahead of every game.

Even though the Lions’ pack were superb at Loftus, they’ll receive a different message ahead of this weekend’s meeting with the Blues at Ellis Park.

“I choose a weekly theme to concentrate on. Against the Bulls it was ‘hunt as a pack’,” said Lemmer.

“So I showed the guys a nice video clip of how a Lion’s real strength is when he operates as part of a pack, as a unit.”

Before their campaign opener against the Sharks, the tune was different.

“The first week was about ‘detail and respect’,” said Lemmer.

Before the Jaguares, for instance,  it was about completing the job that was started.

“That was about ‘finishing the race,” said Lemmer.

“I believe the more we share other dimensions of each other’s lives, the more value we add.”

Ironically, the Bulls bore the brunt of the Lions’ inaccuracy against the Jaguares.

Lemmer felt his players probably tried to force a few things and weren’t so clinical.

The Lions could’ve controlled the game better and maybe be a bit more relaxed.

“The guys are always so excited to express themselves because that’s what we want to do. We want to score tries, so maybe we should have waited more patiently for a proper scoring opportunity.

“But after 20 minutes it was all sorted out.”

Super Rugby team of the week: The pack of Lions roar