Adaptable Chiefs catch Stormers with their pants down

On a day where the Capetonians thought everything was going to go quicker, the match at Newlands turned out a real grind. 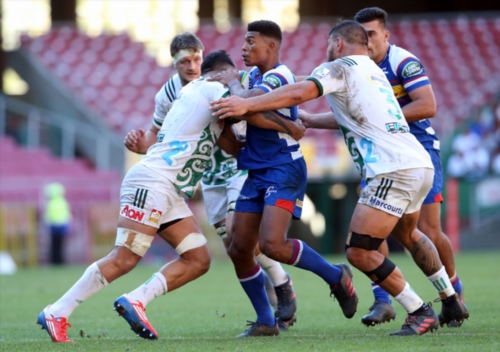 The way the Chiefs managed to change tactics and slow the game down at the weekend caught them off-guard, admitted Stormers captain Siya Kolisi.

The Capetonians suffered their first Super Rugby home defeat in 2018, going down 15-9 to the visitors at Newlands.

But they are still merely a single point away from playoff contention.

“It wasn’t the same kind of intensity as the previous week against the Bulls. Everything was slow when we thought it was actually going to be a high-paced game,” Kolisi said.

“But it actually went the opposite way and the passes which normally stick didn’t stick.”

The Stormers were left frustrated with some strange decisions made by Kiwi referee Mike Fraser at the scrums, despite the penalty try they conceded being a fair call.

“It was actually stop-start and mostly a forward battle where we struggled a bit with the scrums especially where a lot of the calls didn’t come our way,” said Kolisi.

“So it was pretty tough and they took their opportunities when it came around.”

Ahead of their departure for Hong Kong to face the Sunwolves, who trashed the Reds 63-28, the Stormers will be on the edge.

“We are going to Hong Kong now and when we return we have the Lions at home. The way the Sunwolves played against the Reds means we have to respect them and give it our best,” Kolisi said.

Chiefs captain Charlie Ngatai said they knew the match was going to be a grind.

“The Stormers are a good side and had a good match against the Bulls previously, so we really had to stand up,” Ngatai said.

“We have got a lot of injuries back home but the boys who came up have done their jobs, so I was really proud with their efforts.”