Lions are up against it … but they like it that way

Julian Redelinghuys, who played in the 2016 final in Wellington, believes the 'hopeless' tag might actually suit his former teammates as Swys de Bruin names his side. 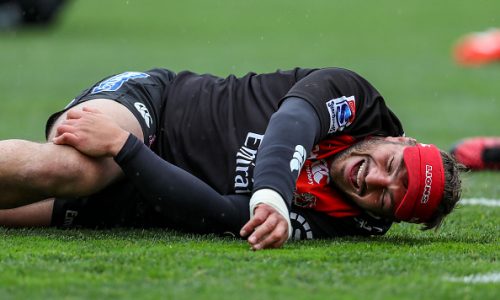 Julian Redelinghuys of the Lions during the Lions Super Rugby captain's run at Westpac Stadium on August 5, 2016 in Wellington, New Zealand. (Photo by Simon Watts/Getty Images)

If there’s one person who knows what a major challenge awaits the Lions in this weekend’s Super Rugby final against the Crusaders in Christchurch, it is former star prop Julian Redelinghuys.

Redelinghuys, who played tighthead in the 2016 final in Wellington against the Hurricanes where the Lions were beaten 20-3, cast his mind back to that fateful day.

ALSO READ: Final isn’t going to be all about Elton, says Ackers

“I remember warming up before the game I was lying on the grass and the swirling wind and raindrops just kept falling on to your face and it was an indication what awaited us,” Redelinghuys, whose career was cut short by a serious neck injury two years ago, said.

“But we were so well prepared and in a really good space after scoring good wins over the Crusaders and Highlanders in the respective quarter and semifinal matches.”

The Lions trailed 10-3 at the break and two fairly soft tries at the beginning and the end were the only difference.

“I won’t say they were fortunate tries, but the first came when a ball was kicked through the legs of Lionel Mapoe and the second from a lineout where the ball was tapped and they pounced on it,” he said.

“They were probably more used to those conditions while their rushed defence put us under a lot of pressure and it felt like we never could get actually going.”

But Redelinghuys believes the Lions could be better geared this time knowing what awaits them with the same kind of conditions expected for this weekend.

“There’s no doubt the Crusaders deserved to host the final having played very good rugby this year and finishing well on top of the standings,” he said.

“But then we also know a Lions team are always at their very best when nobody gives them a chance to actually go there and pull it off. And then we know the Lions can score spectacular tries like the one Aphiwe Dyantyi scored last week.”

These days Redelinghuys is employed by the Lions where he is very involved what he called a “Hub” where young players are guided to get education behind them to prepare them for life after rugby.

“I’m actually doing a bit of everything, getting involved everywhere and acting as a link between the young players and management and also help a bit with the financing aspects as well,” he said.

* Meanwhile, the Lions announced a strong side for the final but did opt for the experience of Courtnall Skosan on the left-wing, with Aphiwe Dyantyi expected to make an impact off the bench.