Etzebeth itching to tackle the Pumas

It's been a long wait for the Springboks' enforcer at lock to make his return to competitive action. 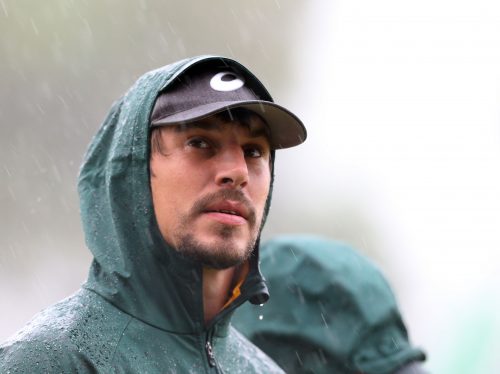 After spending more than eight months on the sidelines, fiery Springbok lock Eben Etzebeth cannot wait to get stuck into the Pumas, and he hopes to have his chance this weekend in their Rugby Championship opener in Durban.

Despite his lack of game time, having last played in the defeat to Wales in Cardiff last November, Bok coach Rassie Erasmus said Etzebeth was in superb condition ahead of the clash.

“It’s been a tough year for me. I haven’t had any competitive rugby for some time, but seeing my name back in the squad means so much to me, just being part of the Springbok family again,” Etzebeth said.

“That’s why I play this game, to be part of this team, and hopefully I can get a shot in the Championship.”

Capped 67 times, he had to watch on as Franco Mostert, Pieter-Steph du Toit and RG Snyman performed well in the June Tests against England.

“In June, me and Lood (de Jager) were out, and then Franco, Pieter-Steph and RG stepped up,” Etzebeth said.

“They’re all world-class locks so it’s great to have that competition. We also have three great hookers and it gives Rassie a nice platform to select from.”

Etzebeth admitted he had been frustrated after arm, shoulder and back injuries saw him missing the June Tests and the Super Rugby campaign.

“It’s been a long process. I couldn’t do anything – I was too weak – then I started the year and took it week-by-week,” he said.

“I was doing the same thing basically for about four months and getting back into rugby training, which was more the fun part.”

Eager to return to the field, Etzebeth was excited to get out there and mingle with the other guys in the ongoing battle for places in the Bok team.

“Training gets tough because we are fighting for positions, and if someone is out, another guy just steps into his place.”