And that's a difficult thing to pinpoint when it comes to a 'very special player'. 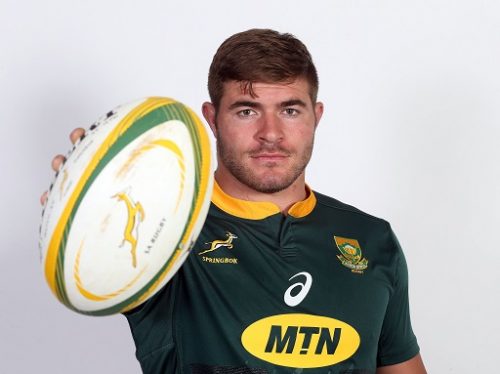 Malcolm Marx during the Springbok Photocall session at Stellenbosch Academy of Sport on August 09, 2018 in Stellenbosch, South Africa. (Photo by Carl Fourie/Gallo Images)

Whenever Malcolm Marx is discussed, phrases like “the perfect player”, “best hooker in the world” and “dynamic” pop up easily.

It’s hard to find a weakness when it comes to the imposing Lions and Springbok No 2.

Yet national assistant coach Matt Proudfoot, a forwards guru, does admit the 24-year-old has a chink in his armour.

Admittedly it’s not a major one but nonetheless something that needs managing over the years.

“Malcolm is a very special player. He’s a very humble man and a guy who sets very high goals for himself,” said Proudfoot.

“But I can tell you those goals sometimes makes him focus too much on one or two mistakes he might make in training.

“I would have to tell him to slow down and just back himself because he’s a really great player. I think it’s important to just keep him in a good space.”

Test rugby is indeed as much a battle of mental strength as physical and given the expectations that are being heaped on Marx, he’s going to have to temper them.

It’s unlikely he’ll become complacent given that Bongi Mbonambi seized his chance brilliantly in the series against England in June while Marx was absent through injury.

“When we won those two Tests against England, Bongi’s quality really came to the fore,” said Proudfoot.

“We’re getting to a position now where our two hookers can both be starting players. I like the competition between them, it’s exciting and a good dynamic for the World Cup next year.”