The robust new Springbok flanker impressed on debut last weekend and wants a cherry on top of his birthday cake on Saturday. 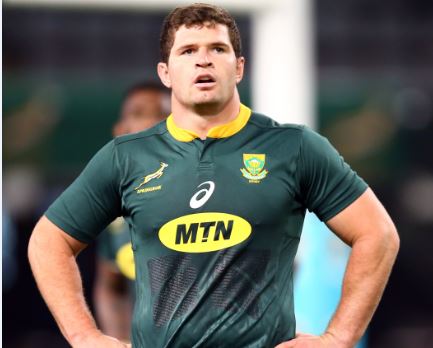 For new Springbok flank Marco van Staden a win on Saturday in Mendoza would serve as the perfect cherry on his birthday cake.

Van Staden turns 23 on the day the Boks face Argentina in the return Test in the Rugby Championship, but he still had to pinch himself after earning his first cap last weekend in Durban.

“It’s always been my dream to wear the green and gold and there were tough times, like injuries or not getting chosen for teams, but I just had to keep the belief,” he said.

ALSO READ: Yes, the reality is that Pollard gets off easier than Jantjies

Van Staden said his motto is to just keep believing and don’t let anybody tell you anything is not possible and keep the focus on your goal.

“It’s been a dream rugby year starting with the Varsity Cup and I never thought I’d get even close to the Bok team, so it still feels like a dream,” he said.

Van Staden was a certainty for the June Tests according to Bok coach Rassie Erasmus before the injury bogey struck on the eve of his call-up.

“It was disappointing at the time. I did all the preparation and in the last Super Rugby game I got injured,” he recalled.

“But I still believed everything happened for a reason and the right time will come for everything and I just had to work harder to get back into the group.”

On the wrong end of the Pumas intercept try in Durban last weekend, Van Staden is not allowing that to derail him.

“It wasn’t a great feeling, going up for the ball and there goes the intercept and the try that followed, but you can’t let those moments stop you from playing the game and just simply work for the next moment.”