Lions hope to unleash another Welkom local with a huge boot

South African rugby was very much familiar the deadly aim of Eric Herbert for the best part of almost two decades. Now one of his proteges is ready to make his mark. 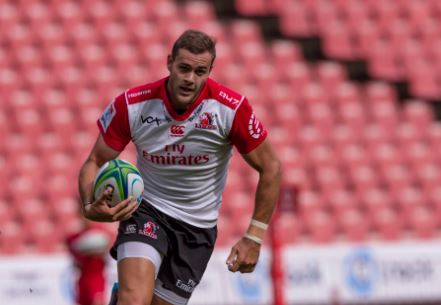 Shaun Reynolds chuckles when he’s asked to reveal something about himself.

“When I tell people I’m from Welkom, there are quite a few who don’t know where that is. I can’t blame them, there are no traffic lights, just circles!”

Yet what the dusty mining town in the Northern Free State does, interestingly, deliver is some fearsome kickers.

The 23-year-old Lions flyhalf is one of them and was moulded by arguably the most famous one.

For almost two decades, Eric Herbert was known as one of local rugby’s deadliest goalkickers and finished with a massive 2608 points for the Griffons.

“Ironically, we’ve had our fair share of dealings with each other,” said Reynolds, who starts in the No 10 jersey for the Lions in their Currie Cup opener against Griquas on Friday.

“He was my kicking coach when I was in my senior years at school. I learnt a lot from him. I think I might be able to take him on when it comes to a kicking contest!”

Yet while Herbert was predominantly employed as a kicking flyhalf and could, by modern standards, be considered a bit limited, Reynolds has more strings to his bow.

“I’ve played at bit at inside centre in this year’s Super Rugby tournament, so I enjoy both that position and flyhalf,” said Reynolds.

“I actually consider it the same position. I like taking the ball forward and attacking the line but varying your play is key at this level.”

Reynolds has for some time been considered the deputy to Elton Jantjies at the union, even if he hasn’t actually played all that much.

It could change in this year’s tournament.

“He’s so experienced. I’ve really learnt a lot from Elton and I hope to apply what I’ve picked up from him,” said Reynolds.