Slick Lions move to the summit of Currie Cup log

Marvin Orie and his men blow the limited Cheetahs away with a blistering first half performance. 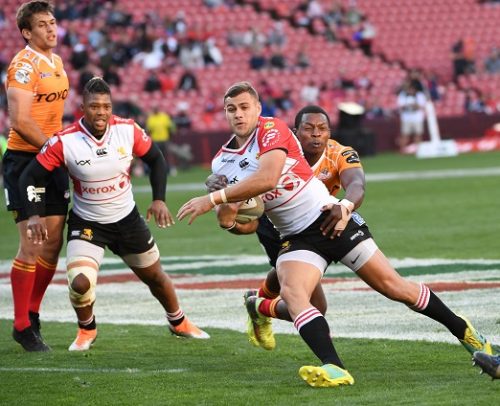 The Lions moved to the top of the Currie Cup log with a resounding 47-14 victory over the Free State Cheetahs at an almost empty Ellis Park on Saturday.

After storming to a 33-0 halftime lead, the hosts looked as if they went to sleep in the second as the Cheetahs finally got their hands on the ball after they spent 40 minutes essentially tackling.

So commanding was the team performance – especially in the opening half – that it’s almost unfair to single out players but Lions flyhalf Shaun Reynolds produced a fine performance, scoring two of the Lions five first half tries and scoring 18 points.  The 23-year-old looks a versatile playmaker with his big boot being complemented by a great sidestep.