Because that, ironically, is how you unlock his greatest strength... 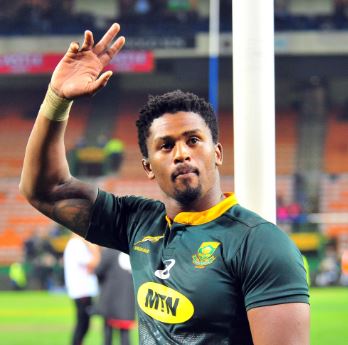 If Sikhumbuzo Notshe is the man entrusted with wearing the Springboks’ No 8 jersey again this weekend against the All Blacks – and chances are high – it will hopefully be with more freedom.

And there’s only one person who can unshackle him: himself.

“Every position has its basic tasks but our mentality is to back a guy’s set of skills,” said national forwards coach Matt Proudfoot on Monday.

“You want to back him with what he’s special at. Notsh is out of the group of No 8s we have arguably the most attacking player of all. That’s his special skillset.”

The weekend’s gritty 23-12 victory over the Wallabies in Port Elizabeth was not the type of match where Notshe could express himself.

Given that he wanted to repay the coaching staff’s faith in him, the Stormers stalwart inhibited himself and focused on “unfashionable” tasks such as robust defence.

Yet that’s not who Notshe really is … and the Boks are aware of that fact.

“We want him to be so comfortable with our setup that he brings those special attacking skills to the party all the time,” said Proudfoot.

“I don’t want him to be worried about mistakes or anything negative about having to fill someone’s boots. I’ve coached Notsh a lot during my time at the Stormers and I know he’s a fantastic player. You don’t want these guys playing in a box, you want them outside.”

“He was very tidy. A first start can be quite nerve-wracking for a guy. He’s been around the camp for a long time and he did his job. But he is a more attacking player and we want him to play his natural game.

Savea commits to All Blacks, ditches code switch
1 day ago
1 day ago

Savea commits to All Blacks, ditches code switch
1 day ago
1 day ago