South Africa's Sevens legend is back from an injury that actually delayed his retirement plans. Coach Neil Powell ... and Dubai for that matter are grateful. 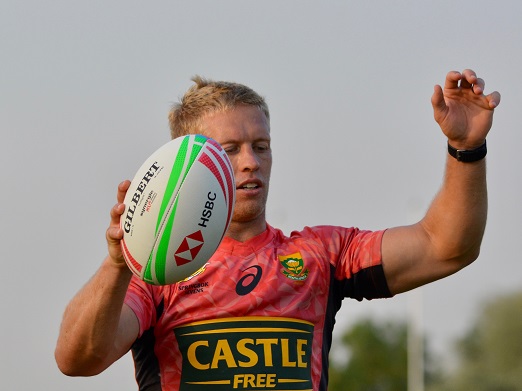 It’s obvious why: when the 30-year-old Blitzbok stalwart runs on to the field at this weekend’s Dubai Sevens, it will be his tenth tournament in the desert.

Adding to the significance of the achievement is that it seemed unlikely to happen when he once again injured his knee in April, not long after a similar, more serious injury back in 2016.

“To be honest, I thought that was it as the idea was that I would call it a day if I came through (last) season unscathed,” he said on Tuesday.

But one of South Africa’s Sevens legends simply couldn’t let it end that way.

He simply had to complete one more campaign and that determination has been rewarded.

“It was an incredible feeling (to be selected again),” said Brown.

“The medical staff at SAS and our management were wonderful. We had set the challenge to play again come Dubai and I am very pleased that I could make it.”

Blitzboks coach Neil Powell will be just as chuffed that Brown has decided to stick it out for one more campaign, his experience much-needed in what is expected to be a transitional campaign for the team.

Aptly, Brown also returns to the hunting ground where he actually started his distinguished career.

“Yes, it has been nine World Series tournaments and a World Cup here since, so I had my fair share of fun in this place.”

Revealed: All the dates and venues for the 2022 Sevens Series
1 month ago
1 month ago

Revealed: All the dates and venues for the 2022 Sevens Series
1 month ago
1 month ago