Questions are being asked why the former Bok lock went through all the processes only to decline the role as the union reiterates that Pote Human isn't sloppy seconds. 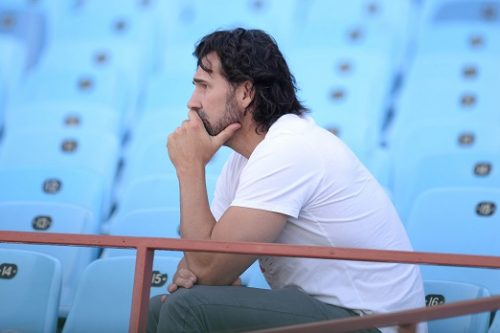 Bulls president Willem Strauss has acknowledged that Victor Matfield’s motives could possibly be questioned after he turned down the union’s offer to become it’s head coach in Super Rugby.

The former Springbok captain and lock had been the preferred candidate to take over from John Mitchell and reportedly gave an excellent presentation during his interview.

However, last weekend, reports emerged that the 41-year-old had made a U-turn.

It’s understood Strauss and new chief executive Alfons Meyer had held a meeting with Matfield early on Monday to ask him to reconsider.

Instead, union stalwart and Currie Cup mentor Pote Human has been given the job.

“I was hoping you could tell me,” Straus said jokingly after being grilled on the issue on Tuesday.

“Look, it’s a difficult question, especially since Victor is not here. What it came down to is the insecurity associated with being a head coach.”

“I suppose you can ask the question why Victor went through the whole process of putting his name forward and attending his interview. But yes, it’s tough to be a coach, a high-risk environment.

“Maybe when he considered his options, he decided that job security was better for his family at this stage. I guess it was a personal decision he took.”

As a result, Human was only informed of his appointment by mid Monday.

“I was always hoping I’d get the job,” the genial 58-year-old said.

“It was still a shock when it came, but I’m extremely happy. I want to make this work, I have to make it work.”

Strauss also was at pains to point out that Human’s promotion isn’t a case of the “sloppy seconds”.

“Pote was always part of the plan. He wasn’t going to be left out in the cold. Whoever was going to be coach, (Pote would’ve stayed on as the current assistant coach),” he said.

“He was going to remain a vital part of the structure. Even though this was a huge surprise, it’s also not such a big surprise.”