Whiteley having no sleepless nights over lurking Duane

The Lions skipper and Springbok No 8 has a world class competitor in Super Rugby this year again. But he's won the battle before. 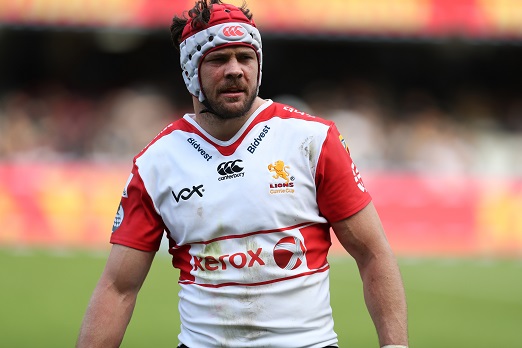 Warren Whiteley is not having sleepless nights now that Duane Vermeulen is lurking just across the Jukskei river at Loftus.

The two experienced eighthmen have provided Springbok coach Rassie Erasmus with the massive luxury of being able to pick vastly accomplished players in the position.

Some critics have suggested that Lions skipper Whiteley’s international place is now squarely under threat with the Bulls having managed to snap up Vermeulen, SA’s player-of-the-year in 2014, on a national contract.

“I don’t think his presence is going to motivate me more. Duane was still at the Stormers in 2015 and we both still made it into the Bok squad. I don’t think the dynamic is different at all,” the 31-year-old said on Friday.

Indeed, Whiteley established himself as an international two years ago while an admittedly battered Vermeulen had to deal with a slump in form.

“I’ve always said it, I have the utmost respect for Duane and I’ll always will. But it’s not going to change my mindset. I’m always motivated, regardless of who’s competing against me.”

By all accounts, Whiteley will hardly be the only player that will have to be wary of competition.

World Cup years have a habit of seeing previously un-fancied players take things by the scruff of the neck and playing themselves into a squad for the showpiece.

“This season is going to be highly competitive,” he said.

“Guys want to go to the World Cup. There’s not a lot to choose between the sides. Players want to put their hands up. We’ve seen guys like Aphiwe Dyantyi and Sbu Nkosi make names for themselves through one campaign. That’s going to inspire others to think ‘Gee, I can be the next Aphiwe’ and stake a claim. And Rassie is that type of coach, he rewards hard work.”

Speaking of Erasmus, the national coach is already busy showcasing his now famous attention to detail.

“He went through his blueprint with us. We were shown schedules week for week leading up to the World Cup. Obviously there are plans in place for the management of nationally contracted players and those discussions have between SA Rugby and the franchises have begun,” said the Lions skipper.

“I prefer to stay out of those discussions. Coach Swys (de Bruin) will monitor and he’ll let me know what I need to do and how things will go.”