Why the loan system works for the Lions

South Africa's leading Super Rugby franchise have no problem snapping up unwanted players. And they tend to make them pretty good too. 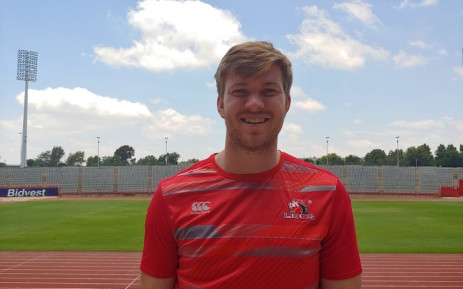 Given the stable nature of their contracted squad over the past four years, the fact that the Lions have loaned two prominent players for the upcoming Super Rugby campaign is eye-catching.

The loan system in South African rugby isn’t quite that of soccer.

To some, the acquisition of Stephan Lewies (lock, Sharks) and Carlu Sadie (tighthead, Stormers) will point to some sort of structural weakness, the inability to attract a permanent signing overall or a lack of funds.

Yet you won’t find Bart Schoeman, the Lions’ high performance manager, defending this course of action.

“Maybe it feels like we’re doing something new because we haven’t done it (loan players) so much in the last few years,” said Schoeman.

“But it’s not. When we returned to Super Rugby in 2014, we made liberal use of the system. We borrowed men like Faf de Klerk, Stefan Watermeyer, Coenie van Wyk, Corne Fourie and Akker van der Merwe from the Pumas and Leopards.

“We did so again the following year again and saw enough in some of those players to hand them full-time contracts with us.”

The beauty of this approach is twofold: it’s a reasonably sound way to determine whether a player will function effectively in the Lions’ system and also addresses the fundamental challenge of unions’ budgets being stretched more and more annually.

“For the past five years, we’ve been steadily cutting our number of players,” said Schoeman.

“It’s a reality, the pressure of having a big salary bill is become massive. Since I’ve been here, we’ve gradually reduced our contracted group from over 160 to 90. People would’ve already realised it last year when announced voluntary severance packages for various junior players. This economic environment is very tough.”

The Lions, however, don’t just target available players at random.

The culture established by Johan Ackermann and Swys de Bruin means it’s very important scout the right candidate, a player who’ll add balance to the ecosystem instead of disrupting it.

“We make a point of it to determine as much as possible whether a player shares our values. A guy like Stephan worked under Swys at the Sharks at junior level. We’ve received numerous first-hand accounts of what a humble and hard-working guy Carlu is,” said Schoeman.

What the genial Schoeman won’t necessarily mention explicitly – and understandably so – is that it makes business sense too.

Quality tightheads aren’t in oversupply in local rugby at the moment and also a position that requires years of refinement.

Should Sadie, for example, struggle, the Lions wouldn’t have the longer term obligation of having him on the books.

The economic climate doesn’t really allow for underperforming players to stay on the payroll, especially if they can’t be sold to another side.

“We’ve made a point of not contracting just for the sake of it. By all accounts Stephan and Carlu are filling unforeseen voids that arose from injuries to Lourens Erasmus and Johannes Jonker,” said Schoeman.

“We’ll always back a younger player in our system first, but it’s also not desirable to throw a youngster in at the deep end. It’s all about balancing your priorities and needs.”