The Lions pocket rocket isn't in the business of blaming Egon Seconds for last week's loss at Newlands. The Lions’ last-gasp loss to the Stormers last weekend was especially hard on Kwagga Smith.

The nippy flanker had an outstanding game, scoring a try and leaving many breathless with his massive work ethic.

Yet his efforts were to no avail as the gutsy hosts snatched a late win, which has been cast as doubtful following a harsh call on a Malcolm Marx steal at a breakdown.

VIDEO: Kwagga Smith on how the Lions Rugby Co will deal with Warren Whiteley's absence

Posted by The Citizen Sport on Tuesday, 26 February 2019

Smith isn’t dwelling on it though, opting to rather ask why the Lions had put themselves in that position in the first place.

“It’s obviously frustrating when a call goes against you,” the former Blitzboks star said on Tuesday.

“To be honest, we never should’ve been in that situation. We should’ve been in our half, playing our brand of rugby and trying to score tries. We really shouldn’t have been in a situation where one call that the referee could’ve misjudged determined the outcome and cost us the game.”

Indeed, having established a comfortable 14-6 lead at halftime, the Lions seemed to drop their intensity, allowing their opponents to recover from a pretty ordinary first 40 minutes.

And that’s a habit the men from Ellis Park don’t want to cultivate for the rest of the campaign.

“We didn’t close things out. We gave away about nine penalties in the second half,” said Smith.

“That cost us, it gave the Stormers some momentum. They were afforded numerous chances that we shouldn’t have given them. We could’ve kept the ball easily for the last 90 seconds of the game. We do it so well in the opposition’s 22, why can’t we do it in our own?

“It’s something to learn from. Luckily, it happened early in the season. We can build on that experience and handle a similar situation better later in the year.” 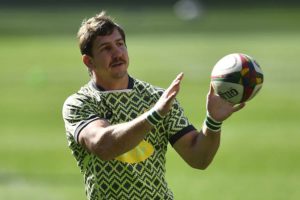 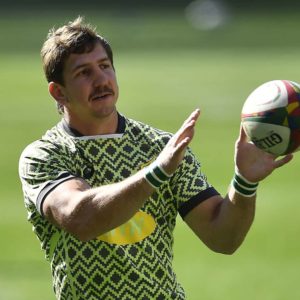 Who'll win battle for Springbok No 7 jersey for Wales Test?
1 month ago
1 month ago

Who'll win battle for Springbok No 7 jersey for Wales Test?
1 month ago
1 month ago