Mission accomplished for Rassie Erasmus as many of his selections pay off at Ellis Park. 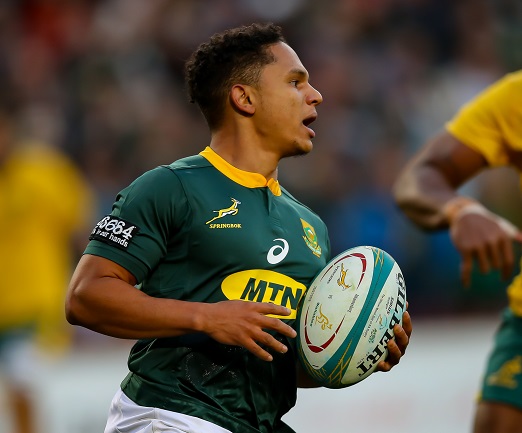 Herschel Jantjies of South Africa during the The Rugby Championship match between South Africa and Australia at Emirates Airline Park on July 20, 2019 in Johannesburg, South Africa. (Photo by Gordon Arons/Gallo Images)

In freezing conditions in front of more than 51 000 fans, the Springboks made a bright start to their international season with a fine 35-17 win against the Wallabies in their Rugby Championship Test at Ellis Park on Saturday night.

The talk of the country this coming week will be debutant Herschel Jantjies, who produced a fabulous Man-of-the-Match display from scrumhalf.

He scored two tries and executed his fundamentals well in a performance that puts him in the pound seats for a World Cup ticket.

However, there were various other heroes too as all the talk of a below-strength side didn’t deter the team the likes of flank Pieter-Steph du Toit and No 8 Francois Louw to lead from the front.

Although the Boks were always going to be a bit underdone having not played together yet, their defence ended on a  solid note, the scrums looked steady and ball retention improved after a dodgy first half.

Herschel Jantjies was a bundle of energy. The intensity he showed proved infectious and his magnificent snip from the blindside for his second try attested to great vision. His distribution was superb as well.