Ross revels in the Lions of old 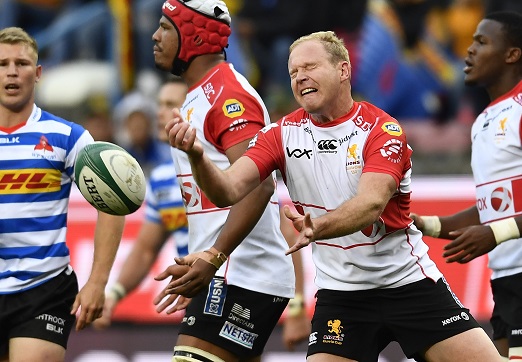 A win at Newlands is always memorable, Golden Lions captain Ross Cronje said after his side’s shock 30-28 victory over Western Province in their Currie Cup clash in Cape Town on Saturday.

It was the Lions’ first Currie Cup triumph in Cape Town in seven years, and it ensured they made an unbeaten start to their campaign.

“It’s always nice to win at Newlands,” Cronje said after the game.

“The boys really did well. Jeepers, we are going to have a couple of beers tonight and we are really going to enjoy it.”

The Lions looked to be in trouble after Province surged to a 14-0 lead, following early tries by hooker Scarra Ntubeni and flyhalf Paul Lombard, and at half-time the hosts enjoyed a 21-10 advantage.

The Lions kept up the fight, however, and a yellow card to Province flank Jaco Coetzee in the 68th minute, followed by a breathtaking try from Lions fullback Tyrone Green, set the visitors up for an unlikely victory.

“We are really having fun as a team and the enjoyment in the camp is awesome,” Cronje said afterwards.

“It was a tough game, very physical, and the boys chucked the pigskin around. It was nice to be out there and it was entertaining rugby.”

The surprise win set the Lions up for a top-of-the-table clash in Bloemfontein on Friday night against the high-flying Cheetahs, who were the only other unbeaten team left in the competition after they hammered Griquas 68-14 at home at the weekend.

But there was more hard work to be done for the Lions, who were at times under immense pressure in the scrums, while Province also outscored them by four tries to three.

The three penalties kicked by flyhalf Shaun Reynolds, however, proved to be the difference, while a kick from Josh Stander hit the uprights just five minutes before the end.

Franco Smith’s men scored ten tries and seemingly made the Peacock Blues’ first position on the log look like a joke.

On Friday, the Blue Bulls grittily beat the Pumas 25-17 in Mbombela.