The rookie Lions winger was suspended for 22 months for a doping offence that could easily have been avoided. But he's making up for lost time. 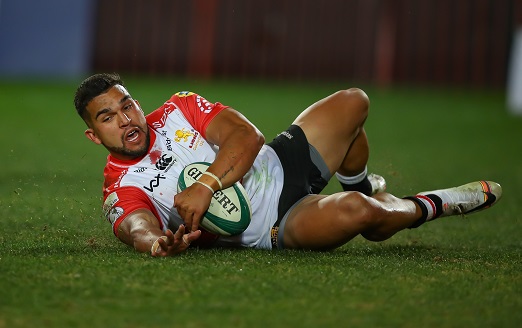 Given their substantial investment in some of the foremost young talent in South African rugby, it’s not surprising that many Lions fans called on their team to blood rookies in this year’s Currie Cup.

One of the men who’s grabbed his chance with both hands is try-hungry winger Stean Pienaar.

The 22-year-old has been a sensation in 2019, scoring three tries in six games, emphatically cementing his place in  the absence of the injured Courtnall Skosan.

Schooled at Hoërskool Menlo Park in Pretoria, Pienaar admits he’s been eager to make up for lost time after being suspended for 18 months after testing positive for the banned substance Letrozole.

“I was a bit dumb and embarrassed,” he said.

“Instead of asking the team doctor about the benefits and risks of the medicine, I just did what an acquaintance in the gym told me to do.”

The unfortunate Pienaar had been struggling with acne and sensitive breasts from some the supplements he used and thought Letrozole would ease some of the symptoms.

“I was devastated when I got the news of the suspension, especially because I knew I really didn’t take it for performance-enhancing purposes,” he said.

“But it was a learning experience. I grew as a person and I’m grateful for the Lions giving me another chance.”

Pienaar was originally a scrumhalf, who moved to outside centre before his Lions mentors finally switched him to wing … and it’s clearly working a treat.

“I think they saw the opportunity to retread me into a wing. I’m really enjoying the type of role they expect from me. It fits nicely with the Lions’ overall game-plan,” he said.

“I feel that I’m a driven guy and didn’t really have role models. I don’t want to be average. I’d like to be extraordinary. And whenever I get the ball I want to be better than the next oke. I need to outwork my opponent. I’m determine and hungry and want to use my skill to finish off what my teammates start on the field during a game.”

No-one will be complaining of that robust attitude.

Turning his attention to Saturday’s home semifinal against Griquas, Pienaar believes the hosts should trust their judgement and keep calm against opponents who’ll be eager to make up for missing out on a Kimberley playoff themselves.

“I think what we’ve learned from last week is that if we really trust our structures, which we trained in the week, we can cause some damage,” he said.

“But we have to learn if we put the foot down we must keep it there. We need to be more ruthless. Griquas will come for us hard.”