In a statement, Tutu thanked Springbok captain Siya Kolisi, coach Rassie Erasmus and the rest of the players for taking the team to the final. 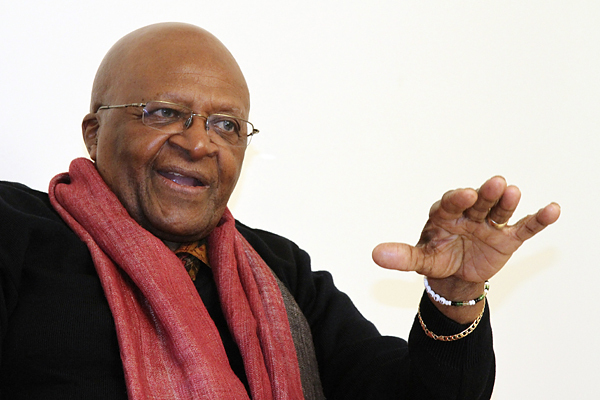 Archbishop Emeritus Desmond Tutu has joined millions of South Africans in wishing the Springboks the best of luck against England in the Rugby World Cup final in Japan on Saturday.

The Boks will lock horns with England for the Webb Ellis Cup, with the nation rallying behind them.

Should South Africa win over the weekend, it will be the third trophy they have lifted since 1994, having done so in 1995 and 2007.

“Your dignity, diversity and courage are infectious. You have restored South African rugby pride, and made us all feel good about ourselves.

“A World Cup final is a highly pressured environment, but if you feel weightless when you run onto that Yokohama field on Saturday, it will be because you are being carried by the love, respect and prayers of 56 million of us at home.

“You have already won! God bless you,” said Tutu.