But it's a delicate act to balance financial sustainability with adhering to the wholehearted efforts to curb the Covid-19 pandemic. 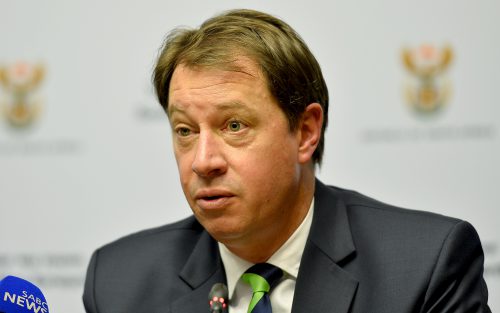 The current Covid-19 emergency measures and lockdown of sport, which includes rugby, means a “dark time” for the sport in South Africa, conceded the Chief Executive officer of the South African Rugby Union (Saru) Jurie Roux on Friday.

While a decision on the status of Super Rugby was due, as well as the immediate future of Springbok Test matches in July and the Rugby Championship, Roux said a hasty decision shouldn’t be taken right now.

Employers, players, staff and SA Rugby had combined in what he described as “business continuity planning” aimed at cost-saving in the face of an expected shortfall in revenue.

“The progression and response to the virus unfolds on a daily basis so we do not have a confirmed domestic or international calendar for the rest of 2020, but we have made plans for every eventuality,” said Roux.

He did make it clear, however, that returning to play as soon as possible was critical for the industry.

“Until we know what that date is – and if it is sustainable in the face of the crisis – we cannot accurately understand the impact.

“However, we have taken a realistic approach to the potential damage and have formulated a plan that will mitigate the immediate damage and provide the basis for an on-going response.”

“Once approved the plan would be made public,” said Roux.

The grouping urged the rugby community to strictly observe the lockdown directives of President Cyril Ramaphosa.

“These are dark times but we are united in our approach and determined that together we will get through this.”

All elements of the South African rugby “industry” have come together in an unprecedented act of unity to prepare a long-term strategy to combat the impact of the Covid-19 pandemic.

The Committee’s joint proposal had begun a round of presentations to union presidents and CEOs as well as through the MyPlayers and SEU channels.

“We have workshopped a number of scenarios based on potential return-to-play dates and identified the most likely financial scenario based on rugby resuming in the third quarter of 2020,” said Roux.

“The industry came together virtually on day one of this crisis to formulate a united response.”

'We're very happy,' says Gelant after Stormers end tour on a high
4 hours ago
4 hours ago

'We're very happy,' says Gelant after Stormers end tour on a high
4 hours ago
4 hours ago