According to SA Rugby, broadcast rights make up 58% of their income, and sponsorships, which are largely dependent on TV exposure, make up another 26%. 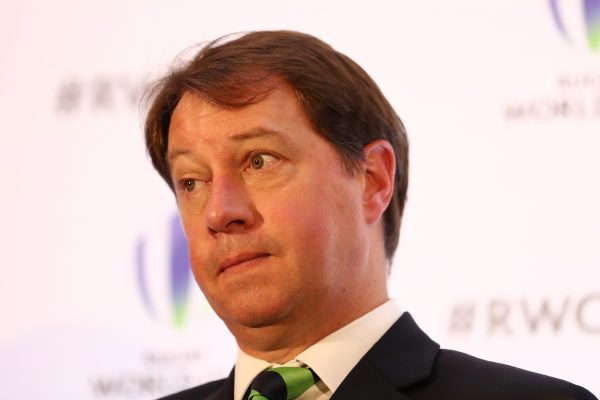 SA Rugby on Thursday submitted to the Independent Communications Authority of South Africa (Icasa) that the remedies proposed in draft findings into the broadcasting of sport by subscription television will lead to a severe reduction in the investment by these broadcasters in professional sport and will ultimately cost the Springboks the chance of adding to their 2019 World Cup victory.

Icasa have proposed that broadcast rights should not last longer than three years, that there should be no exclusive deals and that the rights should be split between multiple packages and broadcasters.

But in public hearings held virtually on Thursday, SA Rugby CEO Jurie Roux said the ‘remedies’ would be an unreasonable burden on the federation and would mean they were likely to lose their fight for survival in these times of Covid uncertainty, while senior counsel Ngwako Maenetje said Icasa would be acting “irrationally” and ultra vires (beyond their powers) if they enforced the changes.

“If the regulations go through in their current format then we may never see a day like the 2019 World Cup win again,” Roux said.

“SA Rugby needs to produce compelling content that is commercially viable so we can develop the game from grassroots level to winning national teams. We are 99.7% self-funded – we get only 0.3% of our income from government – and broadcast rights bring in R752 million.”

According to the SA Rugby presentation, broadcast rights make up 58% of their income, and sponsorships, which are largely dependent on TV exposure, make up another 26%.

“We are in a daily fight for survival,” Roux said.

“We are in financial difficulty, having made losses between 2016 and 2018. We recovered a little profit in 2019 on the back of the World Cup and we looked forward to capitalising on that, but no-one could have predicted what happened in 2020.

“Covid has pushed us into survival mode and had a massive detrimental effect. We’ve had to cut our budget by R1.2 billion.

“It has made insolvency a real and present danger. We’re on the brink, and if we had not been able to capitalise on broadcast rights, we would have been bankrupt by now.

“Exclusivity is the main source of our revenue and with less money it means there will be less rugby until we have to close our doors and only have club rugby. And then nobody will be interested in the game.”

Judging by the presentation of Maenetje, Icasa would probably face court action if they enforced the regulations.

“No regulatory impact assessment was conducted by Icasa, which makes the proposals irrational,” Maenetje said.

“They did not inform themselves of the adverse effect of these remedies. These effects are not proportional because they place such a burden on the rights holder, rather than broadcasters, such that they will not be able to sustain themselves. Icasa have paid scant regard to the dire impact we explained in our written submissions.

“By weakening one side of the equation you do not grow competitiveness in the market. SA Rugby will no longer be in a position to provide premium content and there will be an adverse impact on public interest.

“These remedies are irrational, not lawful and unconstitutional. They do not encourage investment so they undermine the Icasa mandate and exceed the statutory powers of Icasa.”

Icasa launched its inquiry into subscription television services to ensure the broadcast market was sufficiently competitive, but Roux said “these remedies will have the completely opposite effect to their noble intentions”.

“The obligation is on the broadcasters and not on the rights holders, which is where Icasa are acting ultra vires,” Maenetje said.

“There was no discussion of the economic impact in their draft findings.”